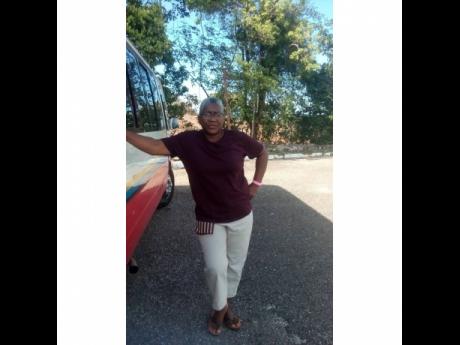 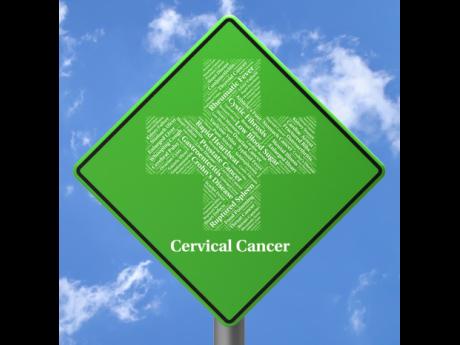 THIRTEEN YEARS after being diagnosed with cervical cancer, Juliet Davis is happy that she took the steps to get her Pap smear done. Her random visit to the Harbour View Health Centre saved her life, and although receiving the results was quite a scare, she was able to get the necessary treatment that has helped to prolong her life.

Davis did not feel ill when she visited the health centre. There were signs of bleeding during sexual intercourse, and after a routine check, she was encouraged to do her Pap smear. She waited six months for the results; in fact, she indicated that she forgot about doing the test completely.

“I just did it and forget it. When they called me, it was out of the blue, and I knew that something was wrong,” Davis said.

It was discovered that Davies had traces of cervical cancer, and was referred to the gynaecologist clinic at the Kingston Public Hospital. “My brain turned upside down, and I was devastated. I cried for a long time. I was working with a lady and I gave her the living hell. I was so miserable and everything I jumped off the edge,” she said.

Davies was referred to a prayer group at the East Queen Street Baptist Church, and she was able to calm down, and approach her diagnosis with more clarity.

Miss Apple, as she is affectionately called, because of the severity of her diagnosis was recommended for surgery. During the one-year wait for her results, and being on the waiting list at KPH, the cancer further became far advanced and developed into stage four.

“I packed my bag and everything, but the night before I went in, the doctor called and said I should not turn up for surgery, but I should come by the hospital instead. When I went in, they said they were not able to operate again, because the doctor that was scheduled to do the surgery was off, and by the time he got back, it would have been too late. I was sent straight to do chemotherapy and radiation,” Davis said.

Davis also encountered another roadblock on this journey, as there was another long waiting list at the Gynaecologist Centre. However, because of the urgency of her situation, she was afforded an emergency space, and began her cervical cancer treatment.

“I went there from 6 a.m. to do the radiation, and this was done five days per week. After I was finished with my treatment I went to work afterwards. The only time I didn’t go to work was when I doubled up, that is both radiation and chemotherapy,” she said.

Her treatment continued for three months, and the last set of radiation was done with being admitted to KPH for five days. After the last week, she went back to the clinic, where she did a variety of blood tests. She was quite relieved that she was cancer free; however, she was still required to do follow-up visits at the clinic.

Although cancer free, Davis has had to live with the side effects of the chemotherapy and radiation treatment. She has had urological and rheumatoid issues over the course of her cancer recovery, and she has also developed a heart condition as a result of the treatment.

“Remember my treatment started because I had a trace of cervical cancer. Early detection saved my life. I am encouraging every woman to go and get tested. You do not know what is going on inside your body, and the only way to know is to get tested,” Davis said.

SIDE EFFECTS OF CHEMOTHERAPY FOR CERVICAL CANCER:

Chemotherapy drugs kill cancer cells but also damage some normal cells, which can lead to certain side effects. Side effects depend on the type and dose of the drugs and the length of time you are treated.

Many side effects are short term and go away after treatment is finished, but some can last a long time or even be permanent. It’s important to tell your doctor if you have any side effects, as there are often ways to lessen them.

COMMON SHORT-TERM SIDE EFFECTS OF CHEMOTHERAPY CAN INCLUDE:

When chemo is given with radiation, the side effects are often more severe. The nausea, fatigue, diarrhoea, and problems with low blood counts are often worse.