3 multi-city trends and why you should care 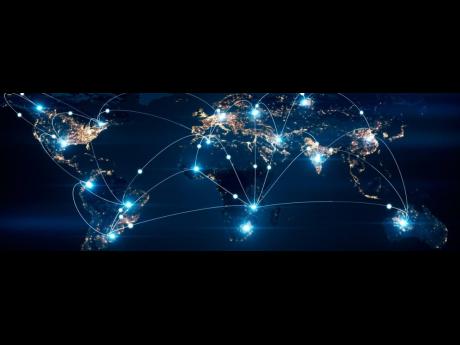 Contributed
Connecting the dots from city to city.

The travel industry is absolutely massive ($1.6 trillion in 2017)! But, with a massive market comes massive competition.

The industry that thrives on beautiful Instagram photos and elite festivals (Fyre anyone?) has a fierce underbelly. To succeed, companies must embrace innovation and leave the status quo behind. The companies that push the boundaries and embrace technology are the ones that are still here, thriving, and winning.

Multi-city travel is a gold mine in the travel space, for those brave enough to seek it out. Here are three key trends in the multi-city space to keep your eyes on, and why you should care.

The Rise of Metasearch

The flight industry changed forever when Skyscanner launched in 2001 (with Kayak following quickly behind). Travellers no longer needed to huddle over their computers, pulling their hair out, with 15 tabs open, comparing prices online.

Suddenly, 15 lists of itineraries became one, and only the best ever made it to the travellers’ eyes… For OTAs (online travel agencies), metasearch took online travel planning from a metaphorical shopping mall to an all-out battleground. And if metasearch is the battleground, then new technologies are the battleaxes.

OTAs need to come up with new, innovative ways to drive their prices down to get to the top. The metasearches themselves are also in the fight, driving traffic to airlines directly through itineraries created using split-ticketing. A prime example of this is Kayak’s Hacker fares or fares constructed from multiple one-ways. We expect this trend to continue, with OTAs getting less organic traffic and more through meta-search.

So why should you care? If you aren’t putting effort into creating better itineraries, there’s a high likelihood that travellers will never even see them.

New technology has allowed OTAs to start integrating multiple data sources (we’ve seen up to 15 consolidators for one OTA!) and LCCs (low-cost carriers). Great private fares and cheap LCC content are driving flight prices even further down. Again, if metasearch is a battleground, bringing in LCCs is like showing up to the battle with a fire-breathing dragon. Itineraries are only as good as the content from which they’re made and the way in which they’re constructed. The standard GDS output is dead; split-ticketing is the way of the future because fewer travellers’ will tolerate the rigidity of antiquated airline alliances. Technology has made it easy to access these data sources and assemble them in a way that speaks to travellers desire for flexibility. However, few companies are at the cutting edge of leveraging data sets, machine learning and automation to really take advantage of untapped opportunities in this new space.

So why should you care? By integrating multiple data sources to drive your prices down, and assembling them in a way that understands travellers’ desire for flexibility, you’ll be moving one step closer to the prize.

Travel is more accessible and affordable than ever before. Travellers today have the desire to travel and the resources to get there. And when they’re crossing oceans, why not try to knock off as many destinations from their bucket list as possible. The options are limitless, especially compared to previous generations of travellers who relied on mall kiosks and Lonely Planet books. The wealth of information available and a desire for flexibility have caused the transition to the multi-city era. It’s here, it’s booming, and it has huge potential to make you money.

Flexibility is increasingly becoming a priority, with many OTAs now offering a plus or minus three-day feature. We know that fully customisable, easy-to-access itineraries are the way forward. And moving into the future ultimately means embracing that flexibility. To truly succeed as an organisation, you must fully understand your traveller. In the multi-city space, we’ve found that 60 per cent of leisure travellers are completely flexible. So how do we offer travellers the flexibility they desire? When a trip is merely a number of destinations on a bucket list, the order doesn’t matter. However, the best order isn’t always clear – in a five-city trip, there’s over 120 different possible route. Innovative technology can help!

So why should you care? Flexibility is the way of the future. Travellers will inevitably hit all the stops on their bucket list, and they’ll do it in a way that works best for them. If you don’t meet their needs, you’ll lose this generation of flexible independent travellers.