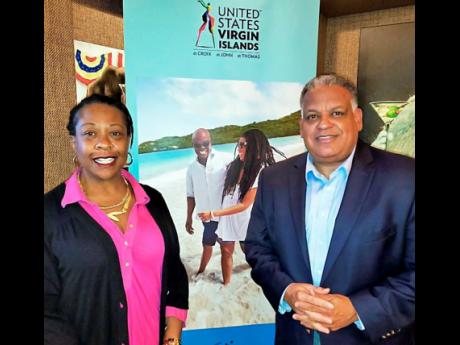 After talks with United Airlines in Chicago and American Airlines in Dallas, respectively, Tourism Commissioner Designee Joseph Boschulte says that there has been strong demand for seats to the territory’s airports on St Thomas and St Croix this past winter season, which is likely to result in additional capacity this winter season as well as the following summer between Chicago and St Thomas before the coming winter season.

In fact, Boschulte reported that United was preparing to launch a daily non-stop Houston-St Thomas service for this summer and would also consider plans for new and additional flights to St Thomas and St Croix the following summer, especially with the increased business from the oil refinery on St Croix and as additional hotel rooms become available.

“We have had some very important discussions about the future of airlift to the territory and look forward to following up with our airline partners to ensure that we have adequate flights into our islands, especially as more accommodations come on line in the months ahead,” said Boschulte, who noted that United had already loaded new Saturday flights.

His meeting with American Airlines at its Dallas headquarters was also positive, with the airline reporting robust growth in demand to the destination. Under consideration for American, the commissioner designee disclosed, was increased capacity from Chicago, Dallas, and Miami in the coming months, and potential for growth out of the Charlotte hub in the future, benefiting both airports in the territory.

While in Chicago and Dallas, Boschulte also met with travel agents, meeting planners, travel writers, social influencers, and community leaders to update them on the territory’s recovery as well as to develop smart partnerships.

“These meetings matter as we embark on a managed growth strategy through the full return of land-based tourism following the storms of 2017,” he said. “The travel and tourism sector is changing to meet its growth and is becoming more electronic and Internet-based, but ironically, the more virtual it gets, the more important it is to regularly meet face-to-face with our partners,” Boschulte said.

The commissioner designee and his team are working on new opportunities presented by last week’s meetings and presentations.