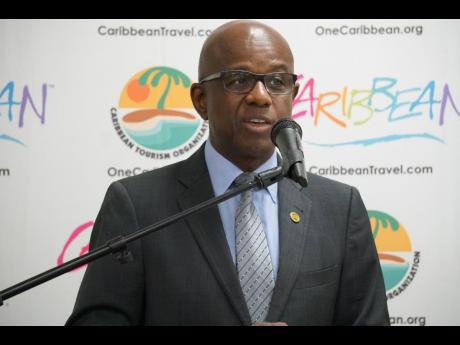 The region’s tourism development agency is to begin the search for a new secretary general to replace the departing Hugh Riley.

Riley, who was appointed to the top post at the Barbados-headquartered Caribbean Tourism Organisation (CTO) in August 2009 after acting for a year, has gone on pre-retirement leave ahead of his departure at the end of June this year. The organisation’s director of finance, Neil Walters, will act in the position until a successor is appointed.

The secretary general is the public face and chief spokesperson of the CTO and provides the organisation with visionary leadership, strong direction, and clarity to its policy development. The holder of the post is responsible for implementing the vision of the organisation based on the strategic direction set by the council of ministers and commissioners of tourism and the CTO board of directors.

About the Caribbean Tourism Organization

The Caribbean Tourism Organization (CTO), with headquarters in Barbados, offices in New York and London, and representation in Canada, is the Caribbean’s tourism-development agency comprising membership of the region’s finest countries and territories including Dutch, English, French, and Spanish-speaking territories, as well as myriad private sector allied members. The CTO’s vision is to position the Caribbean as the most desirable, year-round, warm weather destination, and its purpose is Leading Sustainable Tourism - One Sea, One Voice, One Caribbean.

Among the benefits to its members, the organisation provides specialised support and technical assistance in sustainable tourism development, marketing, communications, advocacy, human resource development, event planning and execution, and research and information technology.