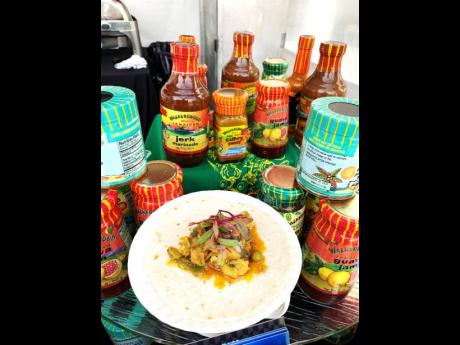 The Jamaica Tourist Board (JTB) showcased the destination’s bold and diverse flavours at the fifth annual Harlem EatUp! event in New York City. The Ultimate Grand Tasting at the Harlem Stroll in the historic Morningside Park brought together cuisine from the city’s leading chefs to celebrate the vibrant village of Harlem with live music, dancing, art, and culture.

Harlem EatUp! offered sights, sounds, and flavours during the week-long festival, with signature events including the “Dine in Harlem” series, “WarmUp! To EatUp!,” the “Harlem Stroll”, and many more. Jamaican chef Wenford P. Simpson partnered with Walkerswood Caribbean Foods to serve Curried Chicken Chickpea Tacos. Patrons raved about the menu item and were excited to sign up to win a ­complimentary three-night stay for two at Half Moon in Montego Bay.

The Jamaica Tourist Board participated as a first-time sponsor at the annual event, ­interacting with consumers during the two-day festival at Harlem Stroll.

Chef Simpson showcased Jamaican ­cuisine for up to 4,000 attendees, who flocked Morningside Park.