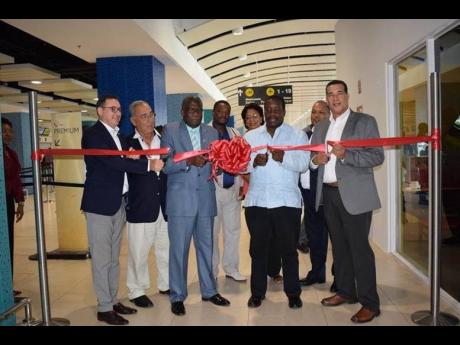 With plans to spend US$29 million in 2019 to improve infrastructure at the Sangster International Airport, MBJ Airports Limited has unveiled a newly renovated ticketing concourse in the tourism capital.

The operators of the country’s leading gateway to the world held the official opening ceremony while hosting a forum at the same time two Fridays ago.

“We are at a very interesting point in the airport’s ongoing development, and we’re making great progress as we transform the infrastructure, systems, and service to that of a world-class facility, while simultaneously creating a uniquely Jamaican “Irie Airport Experience,” commented MBJ Airports CEO Rafael Echevarne.

“The refurbishment of the ticketing hall is a very visible part of MBJ’s tireless commitment to making Sangster International Airport as safe, user-friendly, and efficient as humanly possible,” Echevarne added.

Over the next five years, the group plans to spend US$112 in the drive towards lifting the standards at the Montego Bay gateway.