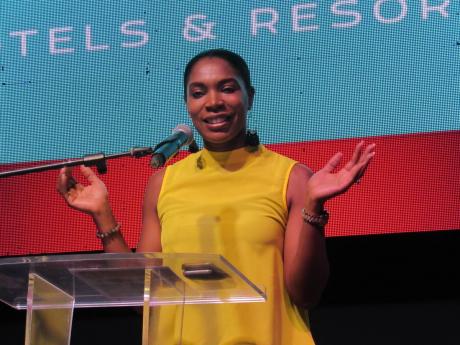 Sales and Marketing Manager at Iberostar Hotels and Resorts in Montego Bay Kimberly Raynor-Nolan says that the partnership that has been forged between Reggae Sumfest and her organisation can be described as a dream come true.

The annual festival, dubbed ‘The Greatest Reggae Show on Earth’ is this year being staged for the 27th year and has been receiving handsome sponsorship from the Spanish-owned Iberostar Hotels and Resorts located along Montego Bay’s elegant corridor.

Raynor-Nolan, who has been guiding the more than decade-long Iberostar-Reggae Sumfest partnership for the last two years, said the decision to sponsor the festival was an easy task given its high quality.

“When we were approached by the ­organisers of Reggae Sumfest, we immediately jumped on the idea by becoming a major sponsor. This was based on the high quality of the production over the years and the fact that Iberostar is also a world-rated brand,” she stated.

As part of its sponsorship for Reggae Sumfest, Iberostar has housed top ­performers who have graced the festival’s stage including Chris Brown, Wiz Kalifah, Miguel, I-Octaine, Popcaan, Spice, and Lady Saw, among others.

The resort is also the host location for the festival’s annual Montego Bay launch.

Commenting on the festival’s contribution to the resort’s room count, Raynor-Nolan said the festival presents a great platform to gain additional exposure for their brand while allowing them to play the role of good corporate citizen.

She noted: “We have gained mutual benefits from this long-standing partnership. We have received rave reviews from the many local and international performers who have stayed at our resorts in preparation for the show. There is no doubt that Reggae Sumfest is an iconic festival, and we are extremely pleased to be not just sponsors, but a long-standing and committed sponsor”.

The Reggae Sumfest team is equally satisfied with the partnership with the resort. According to Joe Bogdanovich, owner and main producer of the festival: “The relationship with Iberostar is one that we value greatly. The hotel has always accommodated our requests with grace and efficiency. Every year, the Iberostar team gives us a bigger and better launch event, making us the preferred choice on the Montego Bay social calendar.”

The Iberostar sales and marketing manager cemented the statements by Bogdanovich, adding that, during the weeks leading up to Reggae Sumfest and even after the festival has ended, the value, both directly, and indirectly from the festival is overwhelming.

Suppliers at the resort also benefit from the partnership.

“Our ground transportation providers, our artisans, our farmers, other suppliers of food and beverage, watersports, other entertainment events are just a few of the sectors that reap tremendous financial benefits from Reggae Sumfest each year.”

Raynor-Nolan said Reggae Sumfest has proven that Jamaica, and in particular Montego Bay, is a top performer in the live-entertainment industry, and these events, once negotiations are on point, will receive support from Iberostar Hotels and Resorts.