Skip to main content
AROUND JA WITH PAUL H 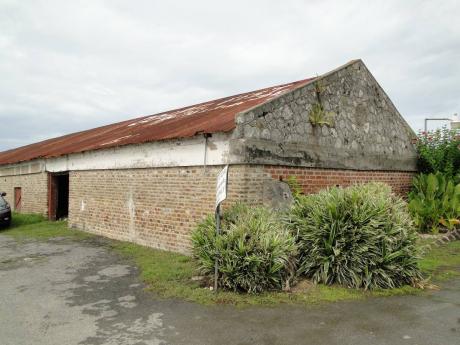 On my way to visit a friend recently, I stopped in Black River, the capital of St Elizabeth but not the main town. That title belongs to Santa Cruz, which has outgrown Black River in physical space and popularity.

I stood, and I looked around and asked myself the question, “What is this place good for?” There was absolutely nothing in this southern town that I could actually feast my eyes on. Really?

It was once a bustling and progressive place where wealthy people lived. They got their money from the export of logwood for the dye that it contains. From 1893-94, the export value of logwood surpassed that of sugar cane, according to Olive Senior in the Encyclopedia of Jamaican Heritage. It became the first town in Jamaica to have electric light when the Leyden family installed electricity facilities in their house, now called Waterloo, in 1893.

Senior writes that logwood was introduced to Jamaica in 1715 through seeds brought from Honduras on the instruction of the island botanist Dr Barham.The seeds germinated, the trees proliferated, and the colonists desecrated them in the name of mercantilism. The demand for logwood fell when synthetic dyes were introduced, and the slow demise of Black River, it seems, was a response to the death of the logwood trade.

It was not my first time in this town, and every time I visit, I go to see the fishing village on the river. And, as much as I want to use the terms ‘quaint’, ‘idyllic’, ‘riparian allure’ to describe it, I cannot. Because it really is not. From where I stood at the riverside, I could see the boats that take visitors up the longest navigable river on the island.

The perching white egrets and their white droppings on the green leaves of the mangroves, I must admit, made a pretty picture. The ride up the river, which I took twice before, is rather scenic, a pleasant and wonderful departure from the drab of the town itself.

The town is an essay of abandonment and nonchalance. Who really cares for this storied place, where enslaved Africans arrived and were sold on auction blocks? Vestiges of that most inhuman operation, I was told by an elderly Rastaman, used to be on a spot near the sea, but all those, too, have disappeared. Inside the big, high structure that is the market was almost empty. Where were the buyers?

Across the road from the market is a brick warehouse of yesteryear. I am yet to figure out whether it was built in pre- or post-Emancipation days. But right now, it is telling the story of present-day Black River. It is empty, and refuse is strewn all around it.