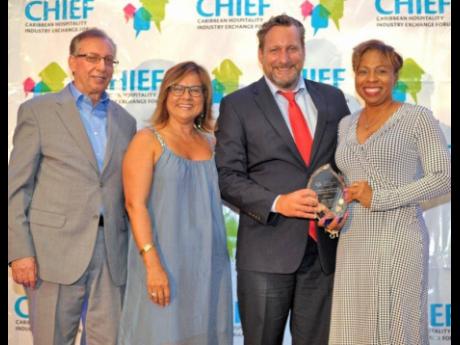 Meijer, who was recognised as a professional who excels in association operations, destination marketing and community affairs, helped properties and association members recover from the devastation wrought by Hurricane Irma in 2017, positioning the trade association as a key thought leader. Along with the association, he provided detailed briefs to World Bank officials and local government, and he continues to generate new ideas and initiatives for the industry, and for the improvement of the local community and the region.

Berlinda Engelhardt from the Renaissance Aruba Resort & Casino earned the Caribbean Employee of the Year title. Joining the Renaissance team in 2007 as a casino host, Engelhardt became a hotel concierge hostess within one year, before becoming lead guest experience supervisor, the position she has held for the last 18 months. Hailed for her impeccable guest service skills and for creating an inclusive environment, Engelhardt volunteers at ‘Hands 4 Addicts’, a local organisation which helps provide grooming and hygiene care for drug addicts.

The Caribbean Supervisor of the Year distinction, honouring private-sector hospitality employees who display excellence in leadership and management, went to Luis de Jesus, security supervisor at El Conquistador, the Waldorf Astoria Resort in Puerto Rico. De Jesus, who currently oversees 25 employees, previously served as an engineering supervisor. He was cited for his team spirit, reliability, and willingness to act as a resort ambassador across several departments.

“These Caribbean professionals are incredible ambassadors of Caribbean tourism, exemplifying the spirit of excellence that is required for us to remain competitive in our industry,” said Patricia Affonso-Dass, CHTA president, as she congratulated this year’s recipients and thanked industry stakeholders at all levels for their daily commitment to strengthening the Caribbean guest experience.

“Let us ensure that we continue to applaud the men and women who shine their light every day, sharing with the world what wonderful Caribbean hospitality is all about,” she stated.