Time for tourism’s voice to be heard on climate change 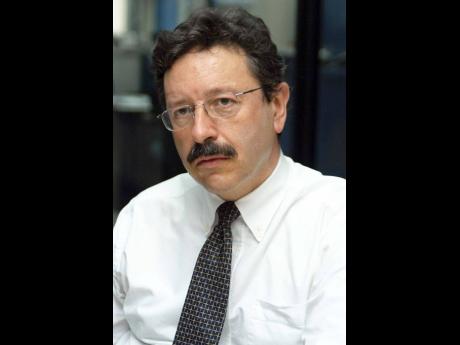 Climate change is an issue on which the Caribbean’s tourism industry has every reason to be vocal.

In 2016, the world agreed to work collectively towards ensuring that global temperatures do not rise to more than 1.5°C above pre-­industrial levels in order to reach carbon neutrality by 2050. The signs are, however, that this will not occur.

This is because in many countries, populist politicians, backed by powerful companies, lobbyists, and wealthy individuals who profit from denial, continue to reject such data-backed scientific evidence.

To make matters worse, the United States is not only withdrawing next year from the Paris global climate-change accord, but is also working to weaken the global institutions that have previously enabled a consensus to be reached on mitigation and adaptation.

Last month, new evidence emerged. A research letter published in the scientific journal Nature from scientists at the University of Bern demonstrated that not at any time in the last 2,000 years has there been a period when temperatures have changed so rapidly or widely. Using evidence taken from ice, sediment, and trees, they indicated that the current pace of warming is unique on a global scale, and in recent decades, has accelerated as a result of industrial emissions.

For the Caribbean and tourism, the issue is existential.

Science suggests that if governments fail to deliver what has been agreed, the coral reefs will die; the beaches and the foreshore will be swept away or submerged; and tourism, which mostly takes place on the coast, will see the infrastructure that supports it and even hotels meet a catastrophic end.

Put another way, the industry, and the very large numbers of people who work in it, will come to feel the effect of ever more intense hurricanes, rising sea levels, and economically damaging natural phenomena like sea surge, beach erosion, and sargassum, the latter alone costing the region US$120 million to clean up in 2018, according to Jamaica’s Tourism Minister, Edmund Bartlett.

All of which suggests that ­tourism, the one Caribbean industry which has the most to lose, should be doing more to develop a higher profile regionally and internationally with its many partners to support the case that governments are making.

To its credit, the Caribbean Hotel and Tourism Association (CHTA) has from its own limited resources made a start. It supported the position of Caribbean government’s and the global community in Paris in 2016, arguing that the socio-­economic consequences of not acting would be devastating. Since then, its members, together with CAST, the Caribbean Alliance for Sustainable Tourism, and the Caribbean Tourism Organisation (CTO) have embarked on a programme of ­practical action to make the industry more aware and sustainable.

It has provided training and information on how to manage the negative economic impact of Sargassum, advanced hurricane readiness and response practices, and will shortly develop a joint work programme with the Washington-based Nature Conservancy on protecting the natural resources of the region.

In addition, working with the Inter-American Development Bank, CHTA has assisted over 150 hotels to become more energy efficient and provided the entire industry with the tools and ­resources to reduce their carbon footprint while encouraging national policies that support greater energy efficiencies and use of renewables. It has also embarked on a coral reef restoration programme by providing training in three of the destinations that suffered significant hurricane reef damage in 2017 and is supporting online hotel environmental management systems.

Despite this, CHTA’s Chief Executive, Frank Comito, willingly accepts that there is much more to be done. “In an ideal world, CHTA should have dedicated resources committed to working on influencing company, destination, regional, and global policies and practices to mitigate the rapidly growing impact of climate change,” he observes. He warns, however, that the industry only has a limited ability to do so and to absorb the resource-heavy consequences of climate change.

For this reason he welcomes the recent words of the UN Secretary General, António Guterres, to CARICOM heads in St Lucia and the leadership on climate change and tourism, which the country’s prime minister, Allen Chastanet, is bringing as CARICOM chairman and holder of the region’s ­sustainable development portfolio.

Speaking last month, Guterres observed that the destruction caused by Hurricanes Irma and Maria had made abundantly clear that vulnerability “should be recognised by all” and that the speed predictability in climate financing, was needed for small island ­developing states.

There is a strong case for CHTA and CTO to bring together the industry’s many regional and ­international stakeholders to ­publicly endorse the views expressed by Guterres and Caribbean governments on climate change, vulnerability, and the need for global support.