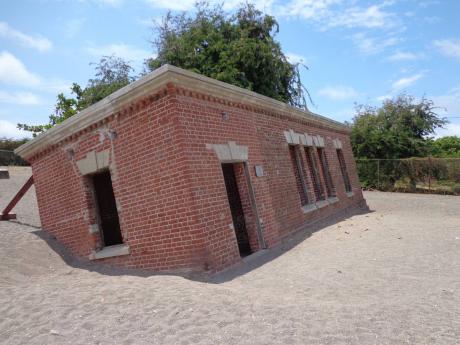 Port Royal’s development and tourism potential were recently thrust back into the talk shops with the announcement by Tourism Minister Edmund Bartlett that a floating pier is to be set up so that cruise ship passengers can visit this historic town.

The town is nestled at the tip of the Palisadoes spit that encloses Kingston Harbour.

Arguments for and against this ambitious notion is all over the media, so Hospitality Jamaica reached out to Ainsley Henriques, two-time chairman of the Jamaica National Heritage Trust, since he was once involved in the restoration of some of the buildings that were falling into ruins.

The pier itself is not the problem, yet Henriques said it is to be established in the section of the mangroves which is a thriving nesting area for the brown pelican. A cruise ship pier and the activities surrounding it will disturb the ecology, a disaster for the birds.

“How do you put a boat with 3,000 or 4,000 or 5,000 people in a place which can handle only 300 people?” Henriques asked. He said further, “What we have to understand is capacity limitation on every place we want people to visit, otherwise we can destroy the place.”

Henriques is also contending that Port Royal does not have the amenities to accommodate the great number of passengers who would be visiting the sleepy seaside town, which has a population of approximately 2,500 people, many of whom work outside of the town. As it stands, Port Royal is not ready for the possible influx of cruise ship passengers. That is the message Henriques is conveying.

“If you really want to make Port Royal a place for visitation, you have to recognise that there are certain social features that have to be available. You have to have proper toilets, adequate water, and an adequate sewer system. All of this is not there,” he declared, revealing that the existing water grid was put in place in 1899, 120 years ago.

Henriques recalled having to truck water into the town, some years ago, when he arranged for several hundred archaeologists to visit the much-romanticised area, that was once described as the ‘Wickedest City on Earth’, and which was partially destroyed by an earthquake and attendant tsunami on June 7, 1692.

Apart from the historic sites, some of which need to be restored, and the reputation that it enjoys for its seafood, there is not much more in terms of shopping, entertainment, dinning, museums, etc.

What he is in fact proposing is that Kingston Harbour should be the spot from which tourists disembark. They would then travel all over the city, shopping and seeking out entertainment spots and other attractions, monuments, etc. Port Royal would then be one of the places that they might go to, not the only place, since it is not ready to meet and sustain the needs of cruise passengers. Moreover, he does not see how the people of Port Royal themselves will benefit from the arrival of the cruise passengers with all of its inadequacies.

“So, yuh not planning properly how the Kingston Harbour should be used. You are just grasping at what a cruise ship is promising you, and it is stupid, utterly stupid and ignorant, because to be able to have a proper visitation of people in Port Royal, they would have to have somewhere else to go for the day ... . It cannot handle cruise-shipping passengers with any number because Port Royal does not have enough space there for people to come off the cruise ship and enjoy themselves,” Henriques declared.