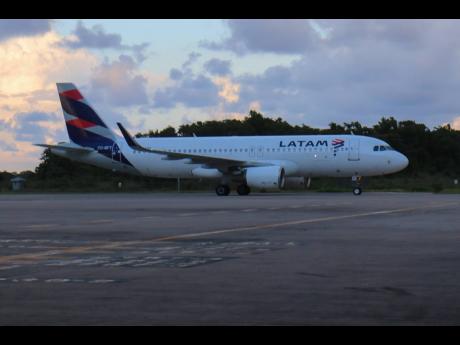 Airlines are united in the global effort to stop a virus that is overwhelming the world’s healthcare systems (COVID-19) and threatening many lives.

However, this is having a major ­impact on them and the value chain, says Alexandre de Juniac, president and chief executive officer of the International Air Transport Association (IATA).

On March 5 de Juniac in a message to his members said he thought that the pessimistic scenario of the coronavirus on the airline industry was a revenue loss of $113 billion.

“That was based on a wide spreading of COVID-19, but not as severe as the current blanket of travel restrictions. If this lasts for a three-month period, we see a 38 per cent fall in global demand and a $252 billion loss of passenger revenue – 44 per cent down on 2019.”

The figures speak for themselves. The air transport industry is in its deepest crisis ever, he concluded.

Where international passenger traffic was allowed, the airlines were mostly repatriating people to their home countries as governments permitted, and some were also delivering vital goods – medicines and equipment to fight the virus or the most time-sensitive products feeding global supply chains.

IATA de Juniac said had been asking governments to provide a lifeline of financial support, owing to a liquidity crisis which he predicted was coming at full speed. “Revenues have fallen off a cliff. And no amount of cost cutting can save the day if no cash is coming in the door. Without financial relief airlines will go bust. And that could happen en masse.”

Some commentators say, “so what?” I ask them to think of the consequences. Letting this industry fail will have an impact far ­beyond the livelihoods of the 2.7 million people airlines employ. And it will go beyond the 65 million other jobs in the value chain. If we don’t have a viable aviation industry when we come out of this crisis – whenever that may be – restarting the global economy will be severely constrained in almost all ­sectors. And everybody will suffer much longer than necessary.

Fortunately, many governments understood the critical role of aviation. Among countries committing to financial relief are Singapore, China, Hong Kong, Australia, Brazil, New Zealand, Qatar, Colombia, Sweden and Denmark, Norway, and Finland. Several other governments are in the consideration stage – including a $58 billion package in the US and significant support measures from the European Central Bank, the IATA CEO said then.

“My message to governments that have taken up this cause is to say thank you for leading. And keep watching the situation as it develops because we may need you to do more. My message to governments that are considering doing something is to hurry up. Every day matters. For all the others, the potential for a $252 billion fall in revenues is an alarm bell. This is apocalypse now and you must act fast.”

The one part of the business that is operating is cargo. And it is doing everything it can to meet demand. And that is a big challenge because of the severe reduction in the cargo capacity that was carried on passenger flights. Airlines are reintroducing freighters and doing their best to even adapt passenger aircraft into their cargo operations, de Juniac argued.

He noted that was because global supply chains are still running. And air cargo is essential to keeping it that way.

He also highlighted the need for ­governments to ensure that air cargo can continue to play a critical role.

“I wish that I could say that all has been smooth. That is not the case. A few examples to illustrate real challenges that airlines are facing. One airline ran a repatriation flight for its nationals to a country in Asia. On the return operation the airline wants to make a stop in a third country to pick up relief supplies. But valuable time is being wasted waiting for approval of traffic rights.”

Another issue he focused on was the fact that cargo crew are being caught up in quarantine measures aimed at commercial passengers. In some cases, they are not being allowed to position on commercial flights. And there are destinations where normal ­accommodation for crew rest is unavailable and no alternative arrangements have been made.

“Cargo operations are vital and time ­sensitive. I again call on governments to do all that is in their power so that we can get the cargo where it needs to be, fast,” he stated.