Ganja decision should not be based on votes 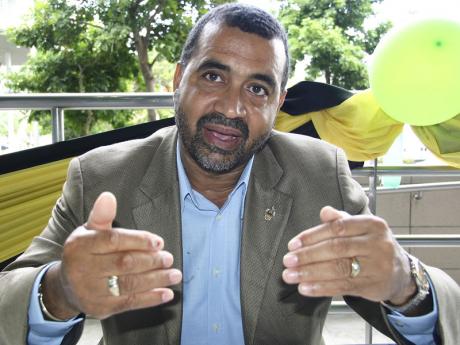 Dismiss the hype and listen to the science, is the advice from Dr Winston De La Haye to policymakers now considering the 'freeing up' of ganja for recreational, medicinal, and religious uses.

While fully supporting the passage of the legislation to facilitate further research into the use of ganja for medicinal purposes, De La Haye is convinced that making it more accessible to the public for smoking would be courting disaster.

"A decision like this with the potential public health impact can't be a political decision; can't be a human-rights decision, (but) must be one based on medical issues and epidemiology. It can't be votes; it can't be feelings - 'mek we free the weed'. That can't be the driving factor. We must be responsible and ensure that we adequately debate the issues and recognise our limitations," De La Haye told The Gleaner during yesterday's annual conference of The Jamaica Psychiatric Association at the University of the West Indies.

Following his address titled 'Free the Weed ... at What Cost to the Jamaican Society?', the clinical director of the Addiction Treatment Services Unit insisted that such a move would be ill-advised, given that Jamaica's mental health support services are woefully inadequate.

"So we need people to understand those things clearly, and in the same breath, as scientists, we are proposing going ahead with the medical use of cannabis and extracts from cannabis. We need clarity so the man on the street doesn't think, 'Bwoy! The scientists up at the university say, 'Hey! Bun more weed' . 'We not talking smoked products," he emphasised. "It's specific extracts of cannabis with the potential to help."

He continued: "I think we need to slow down, recognise that at this time, we are unable to proceed with any move that is going to increase availability of the main driving risk factor for drug use. Slow down, mop up, to ensure adequate management of mental issues, generally, before considering any such change.

"What I fully support is to look at the medicinal components - the medical aspects, use for medical purposes and the research associated with that. There is no resistance to that route. In this country, we have eight beds for inpatient treatment at the Addiction Treatment Services Unit, so how you going to potentially increase the numbers? Is pure mad people you going have walking up and down the streets!"

Each night, the unit fields calls from an average of five ganja users seeking admission for treatment with their mental health issues, mainly schizophrenia, but it is unable to admit them, De La Haye said.