Class, colour at the root of Mario Deane's death - MP 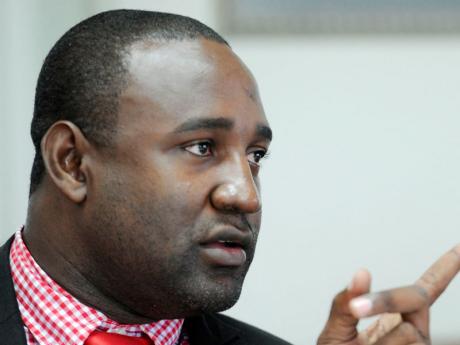 Dr Dayton Campbell, the member of parliament for North West St Ann, says classism and 'shadeism' was at the root of the death of Montego Bay construction worker Mario Deane, who succumbed to injuries after being severely beaten while in police lock-up last week.

The MP's comments came during his keynote address at the annual conference of the People's National Party's East Central St James Constituency Conference and presentation of attorney-at-law Ashley-Ann Foster as constituency chairman on Sunday night.

Deane's death has triggered national condemnation, and both Justice Minister Mark Golding and National Security Minister Peter Bunting have sought advice from the attorney general on whether the police could be asked not to arrest persons who are in possession of small portions of ganja.

On Sunday, Campbell said "if dat did happen to one a dem bwoy from uptown, wid dem brown self and pretty hair ... dat woulda neva happen."

Deane died on Independence Day at the Cornwall Regional Hospital after suffering from serious head injuries he received at the Barnett Street Police Station in Montego Bay just hours after he was arrested for possession of a ganja spliff three days earlier. Up to the time of his death, he never regained consciousness.

The police have since charged two inmates for Deane's murder.

Campbell said regardless of who carried out the beating of the 31-year-old, the police should still be held responsible for his death.

"The real matter at hand is social injustice, and for too long we, the people, the majority in this country, have been pushed to the back. We must rise up and step forward. Because I could be Mario Deane - and me no smoke weed - so me coulda end up in deh fi something else ... . Now if it is that he was beaten by the police, then God Almighty, we must rise up and condemn that," he said.