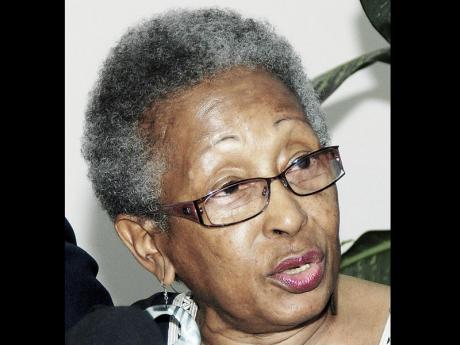 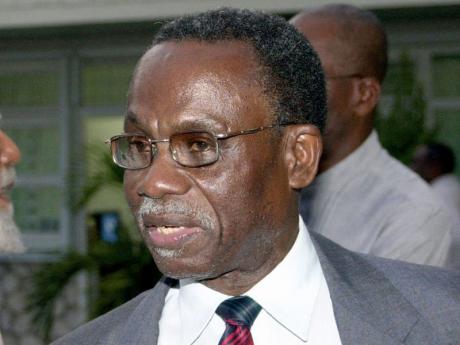 The reluctance of one local human-rights lobby to push the agenda of overseas backers has resulted in the curtailing of its operations, and the futures of similar organisations are in jeopardy as the ability to secure international funding to fight for citizens' rights has become increasingly difficult.

Yvonne McCalla-Sobers, who chairs advocacy group Families Against State Terrorism (FAST), told The Sunday Gleaner that the non-government organisation (NGO) has been unable to fulfil its mandate in recent times because of a lack of funding.

The group was started in 2001 following the alleged extrajudicial killing of two citizens by police in separate incidents.

"It was supposed to seek justice for family members who have been killed by the police or suffered in some way from the State," McCalla-Sobers said.

But McCalla-Sobers noted that apart from the fact that the families they represent had started to become weary of delayed justice for their relatives, "there is also the issue that where you get your funding sometimes can dictate what you do or don't do".

She noted that, at times, advocacy groups such as FAST were being asked to make compromises in order to secure funding.

She said that in the beginning, her group was primarily getting funding from Jamaicans within the diaspora but, following the recession, it was necessary to seek funding from international agencies primarily based in the United Kingdom (UK).

"The compromise would have been in, let us say, other persons far away deciding on the action that should be taken here," said McCalla-Sobers, who did not want to elaborate on the types of compromises her group was being required to make.

"The requests were nothing that would have been unethical, but it's just not in the direction that we saw the need here," she quickly pointed out.

Last week, Opposition Leader Andrew Holness called for the establishment of a commission of human rights to assist in safeguarding the rights of citizens.

His call came following the killing of construction worker Mario Deane, who died on Independence Day as a result of injuries sustained while at the Barnett Street Police Station in St James.

However, legal luminary and former chairman of the Independent Jamaica Council for Human Rights (IJCHR), Dr Lloyd Barnett, believes the focus ought to be on strengthening existing human-rights institutions rather than creating a new one.

"I would like to see what it is that he is proposing because we sometimes react to problems by creating new posts rather than strengthening existing posts, and you get a multiplicity of positions, each underfunded and inadequate for the task," he said.

Much like FAST, he said the IJCHR is currently challenged to carry out projects because of a lack of funding. He said the council's last major project for which it received funding dates back to two years ago.

Most of the IJCHR's focus now, he said, is on education rather than advocacy, which can be very expensive.

"In order to conduct a human-rights advocacy or human-rights programme, money is needed, both for staff and material. You have to provide staff to interview people to receive their complaints … . That requires money. You have to pay rent, pay telephone bills, pay for all the normal things that you require to run an office and to provide a service. In addition to that, you would have to carry out investigations or to employ persons to advise on technical matters," he said.

Barnett said that although in the past the group got funding from a number of agencies, including USAID and the Commonwealth Secretariat, today, "a lot of the funding is based upon specific programmes".

Last year, parliamentarian Raymond Pryce suggested that it be made mandatory for interest groups to disclose their sources of funding and publish their financials.

He told The Sunday Gleaner that while these organisations help to keep democracy robust, "many times, they can receive funds in a subversive way that has hidden agendas, and many times those sources of funds come from agencies that are inimical to the way of life of the wider society".

Checks made by The Sunday Gleaner with at least 10 of the country's more prominent interest groups showed that while several were 100 per cent locally funded, there were many others that received the majority of or all their funding from overseas.

J-FLAG LOOKS TO US, UK

"We have to apply for grants much like any other NGOs and they are largely out of the United States and we have one donor in the UK," said Dane Lewis, executive director of the Jamaica Forum for Lesbians, All-Sexuals and Gays (J-FLAG).

The group's donors are listed on its website and include organisations such as Freedom House, Frontline Defenders, the Mac AIDS Fund, and Open Society Foundation.

Funding for the organisation primarily comes from overseas, and much of it is used for public education, Lewis said.

Lobbies such as Citizens Action for Principles and Integrity (CAPI), the Jamaica Environment Trust (JET) and National Integrity Action (NIA) are among those that receive both local and international funding.

Co-convenor for CAPI, Dennis Meadows, said while the group's four executive members are the ones primarily financing its advocacy work, persons locally and overseas have been making donations through the group's website.

He said his organisation was a virtual one and membership at last check stood at around 4,500 persons, with donations from the diaspora amounting to no more than US$1,000 per year.

"From a NGO standpoint, you have to build a foundation before you can seek to approach international agencies," he said when quizzed about his funding sources.

Diana McCaulay, JET's chief executive officer, said her organisation receives grant funding from overseas, but the work it does is also possible due to the help of local sponsors and membership fees.

The 24-year-old organisation currently has about 400-500 individuals on its mailing list and, of this number, about 200 persons pay fees annually.

"There have been years where we have had larger foreign amounts, and then that year, it would look like the foreign donation was greater, but if you look the whole of JET's life, I would say local funding is, by far, the majority," she said.

Professor Trevor Munroe, executive director of the NIA, said his group was primarily funded by USAID and the Department for International Development, but gets technical support from the Jamaica Civil Society Coalition and Flow.

Flow has, for example, given NIA free cable advertisement space valued at more than $2 million per month.

"They provide funds, but we are the persons who decide how those funds are utilised. They don't tell us," said Munroe in regard to NIA's international partners.

The groups that rely primarily on local funders include Hear the Children's Cry, the Lawyers Christian Fellowship and the recently convened Churches Action Uniting Society for Emancipation (CAUSE).

Co-founder of Hear the Children's Cry, Betty Ann Blaine, said the group was heavily reliant on charitable donations and grant funding from the private sector to carry out its work.

"We operate on a very small budget. Our budget is not more than $2 million per year," she asserted. "We have no overseas funding. All of our funding, right now, is from within Jamaica."

She lamented the fact that several NGOs have been forced to close their doors in recent times because of the inability to secure funding.