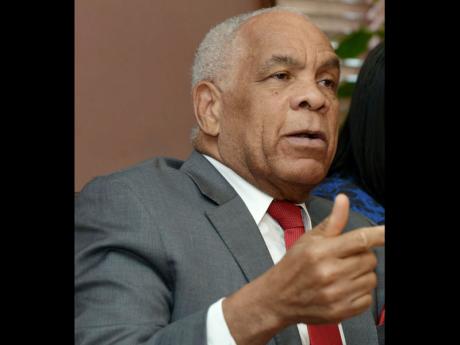 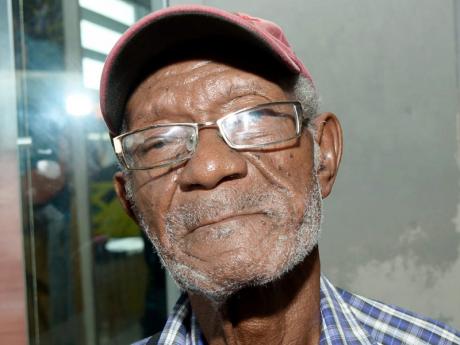 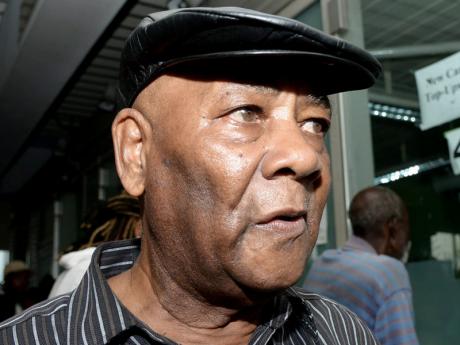 Seventy-five-year-old Augustus Hyman has no choice but to depend on the Jamaica Urban Transit Company (JUTC) to take him to the Kingston Public Hospital (KPH) for his daily medical care. But having been told that he will be required to pay a 200 per cent increase in his fare, the retiree faces the harsh reality of having to choose between meals and paying for transportation.

Each trip on the JUTC for Hyman costs $20, but as of Sunday, he will have to pay $60, making the round-travel from home to the hospital and back $240 per day.

Transport Minister Dr Omar Davies said at the press conference yesterday, where the fare hikes were announced at the Ministry of Transport, Works and Housing's Maxfield Road offices, that the increase was necessary.

"Despite the achievements of the JUTC and the additional support provided by the Government, the company continues to lose significant sums as revenues continue to be outpaced by expenditure," Davies said.

The Government has pumped $2 billion in budgetary support into the JUTC in the last year.

The increase represents a 500 per cent rise in senior citizens' fare since 2003. Over the same 11-year period, the fare for children and the disabled has risen 400 per cent, while there has been a more than 300 per cent hike in adult fares over the period.

Economist Ralston Hyman described the manner in which the increase was finalised and communicated to the public that it was bad economic policy, bad social policy, and bad strategy that might backfire on the JUTC.

"Our commuters will find themselves in a position where their standard of living will continue to deteriorate. So if they have to pay more for bus fare on shrinking income, they will have to buy less food," he reasoned.

It is a situation that Augustus Hyman is likely to have to deal with. The elderly man told The Gleaner that he leaves his house at 5:30 a.m. and often returns home late in the evenings.

"Sometimes mi deh hospital whole day without eat, and you have to have money else you dead fi hungry because the doctor naw come look at you before 12 or 1'o clock. Sometimes mi deh dere until hospital lock," he said.

Because of the fare hike, Hyman said he might have to stay home and allow his ailments to go untreated because he has no financial support system except his pension, which would not be available before September.

Dr Denise Eldemire-Shearer, chairman of the National Council for Senior Citizens, has expressed concern that the margin of the increase will restrict movement to health-care facilities for the elderly.

"In our 2012 survey, older people said they were accessing the free health care because all they needed was a bus fare to get there. They said, 'We don't mind sitting down at KPH for five hours because it is fun ... . It provides social activity'," she said.

"If you are going to increase the transportation by 200 per cent, how are they going to access health care?" she asked.

Eldemire-Shearer also suggested that the burden on families would increase significantly, saying that "47.2 per cent of senior citizens are still dependent on families".

Davies, at the press conference, provided statistics that showed the JUTC's losses had worsened by $122.7 million compared to one year ago. The data showed losses increased by 22 per cent for the period April to July this year when compared to the same period last year. Repairs and maintenance skyrocketed by 184 per cent; toll charges increased by 73 per cent; and tyres, 68 per cent.

He said he anticipated that other bus operators would ask for an increase and open discussions with the Transport Authority.

"It is clearly up to them to determine," he said.

When asked if he thought the decision would make the Government unpopular, he said his main focus was to provide a means for the increase in revenue for the JUTC.

While Davies is seeking to stop the JUTC from haemorrhaging, Eli McLean, 77, chided the Government for the unexpected increase, which he said had been rushed.

"It should have gone under some consultation. Dem just come with it so," he said. "Any increase at all on any commodity, no matter how small, will affect you in some way," he remarked.

He suggested that many senior citizens would now have to depend on the kindness of younger motorists to give them rides to avoid the embarrassment of not being able to afford the new bus fare.

Opposition Leader Andrew Holness said he is prepared to demonstrate against the increase, which he said "is a travesty, a grave injustice, inconsiderate and wicked" decision by the Government.

"If I am the only man standing up in Half-Way Tree against it, I will be standing up against it. All those who wish to join me, listen out for it because we are opposed to this increase," Holness said.