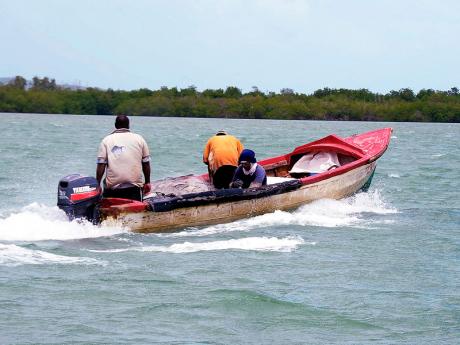 A fishing boat approaches the Goat Islands on August 22, 2013. The Chinese have set their sights on the islands as part of a logistics hub framework. - File 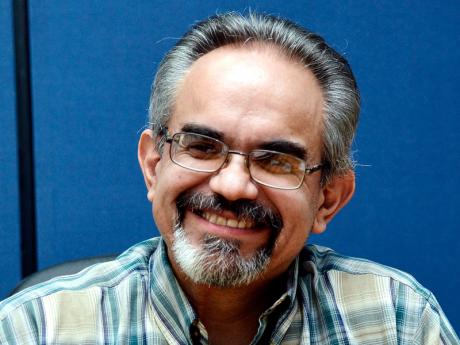 Almost one year after Transport Minister Dr Omar Davies defended the planned development of the Goat Islands on the basis that "it wouldn't be right to refuse a proposal for investment on account of two likkle lizard and so on," members of the local private sector have been left similarly unimpressed about the wildlife there.

A trip to Greater Goat Island last week has left several leading members of the local private sector searching for the wildlife that environmentalists have been adamant need to be protected from any development of the area.

The visit last Sunday was organised by the Caribbean Maritime Institute (CMI) in collaboration with the Jamaica Chamber of Commerce (JCC) and saw major players in the private sector, as well as some environmentalists take the roughly 15-minute boat ride.

"CMI had arranged a thing sometime ago where they went into Little Goat Island, but, this time now, what we wanted to do was have a joint thing with the chamber, so that several private-sector people could get a feel of what it was all about and see for themselves and draw their own conclusion," said Oliver Chen, vice-president of the JCC and chairman of the Logistics Hub Committee.

Among the private-sector members who made the trek was John Kistle, senior vice-president for generation and project development at the Jamaica Public Service Company, and he left unconvinced that there was any form of worthwhile wildlife present.

"There was zero sighting of any life other than the two ants that bit me on the leg, and I don't think we have to worry about them because I killed them both," Kistle said.

"But seriously, we didn't come across any life other than some cactus. We found a fruit tree and somebody ate the only two little piece of fruits that were on it. I didn't see a whole lot environmentally on that island that I would call endangered in any shape or form."

However, that does not mean that Kistle is endorsing the plans to develop the islands as he remains unclear about what is proposed.

He is calling for the Government to provide more information on the specific plans for the islands, so persons can make informed decisions on whether they are for or against it.

"We don't know what is being developed on Goat Islands to determine if we can support it or not," Kistle said.

"That's kind of what we walked away with; we really didn't learn that much about what is going to be done. What is the plan? What is the logistics terminal? What are the power requirements and operating requirements? I have no idea what it is right now."

But Professor Bryan Wilson, lecturer on conservation biology at the University of the West Indies, is dead set against the development and labelled the visit to the island by the private-sector team as biased and misleading.

"The point is that the Goat Islands are not of unbelievable value right now in terms of having things like the iguana, but the whole point of the Goat Islands and their value is they could have been restored," Wilson argued.

"This would mean getting rid of goats, get rid of non-native mammal predators like cats and mongoose, and then you would have a reserve for other endemic species."

He added: "But not only the iguana, you could create a reserve for a whole suite of endemic Jamaican species like the coney, which is the only native land mammal. The blue-tailed galliwasp, which was also regarded as possibly extinct, because they have not been seen in 50 years, and I rediscovered that in 1997, also in Hellshire, that is one of the species that could also be brought back, and the Jamaican skink, they could be brought back, so it would be the largest single conservation effort in the Caribbean ever."

The Goat Islands are located less than a mile off the coast of Old Harbour Bay and can be accessed by boat. The cays are among 14 small islands that are part of the Portland Bight Protected Area and are officially a part of St Catherine. The Greater Goat Island and Little Goat Island, which are approximately 600 acres and 300 acres, respectively, are being seriously considered for the site of a logistics hub to be built by the Chinese Government.

Dr Fitz Pinnock, executive director of the CMI, Jamaica, has welcomed the input of the country's environmentalists on the proposed developments, but believes the onus is on them to prove that the islands are more valuable in their present form rather than if they were to be industrialised.

Wilson is, however, contending that little or no thought has been given to finding an alternative location for the proposed logistics hub.

"Given the value of this particular bit or real estate for ecosystem services, for fisheries, for biodiversity, for carbon sequestration, for storm protection and you decide that all those benefits are simply too big to put at risk," Wilson reasoned.

"That has been one of the most disturbing features of this whole debate, the lack of any serious discussion and consideration of alternate sites. It is almost as if the Goat Islands have already been sold."