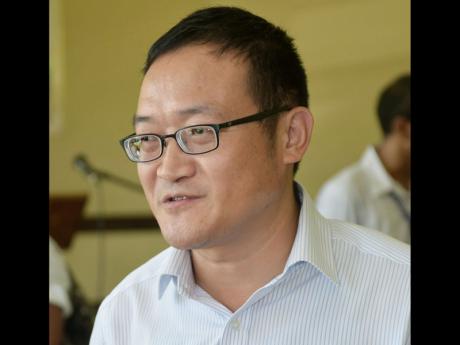 The Chinese-owned Pan Caribbean Sugar Company Limited is powering up its generators in order to use bagasse to produce energy to slash its electricity cost and ease the burden on the national grid, the company's principals have disclosed.

Dr Huaixiang (Harry) Wu, chief executive officer (CEO) of Pan Caribbean, told The Gleaner yesterday that the sugar company was moving, over the next three years, to convert into energy, bagasse, the pulp that remains after the extraction of juice from sugar cane.

Delroy Armstrong, senior assistant to the CEO of Pan Caribbean, said that the upgrade will allow the company to become self-sufficient. "We will have excess energy that we will be able to sell to the national grid," he asserted.

Added Armstrong: "We are in discussions with the Office of Utilities Regulation (OUR) and the Jamaica Public Service (JPS) regarding a licence and a power-purchase agreement."

Bagasse is the fibrous matter that remains after sugar cane is crushed to extract juice and is considered to be a biofuel. It is also frequently used as a primary fuel source for sugar mills. When burned in quantity, it produces sufficient heat energy to supply all the needs of a typical sugar mill, with energy to spare.

Armstrong said that the bagasse will be taken from all its sugar cane locations to be converted into energy. "That is going to be one revenue stream which was not there before," he said.

In endorsing Armstrong's pronouncements, Wu said he has been working with different government departments to ensure there is a proper policy that will support the use of bagasse for this purpose.

He disclosed that he was pushing for at least five per cent of off-season bagasse-based energy to be passed on to the national grid.

Wu said Pan Caribbean has two generators that produce 10 and five megawatts, respectively. "After the sugar crop, we use the smaller one," he disclosed.

He projected that making use of the process after the sugar season, the 10-megawatt generator could be used to develop bagasse into fuel within the next three years.

Wu suggested that if all sugar factories changed out their boilers, they will save about 10 per cent in electricity costs. To this end, he said, the Chinese team was holding dialogue with Minister of Science, Technology, Energy and Mining Phillip Paulwell.

"If the old factories change out the turbines and boilers, the country will probably import 10 per cent less of petroleum," said Wu.

"We are changing, St Thomas is changing next year, so we are talking to the OUR to ensure that they have the right policy that creates a correct pricing structure," said Wu.

He disclosed that Pan Caribbean is confronted by contrasting views on the sale of electricity to the grid. "They have two sets of people with two different views: One says that the price (net billing) must be very low," said Wu. "Boilers and turbines are very expensive," he added.