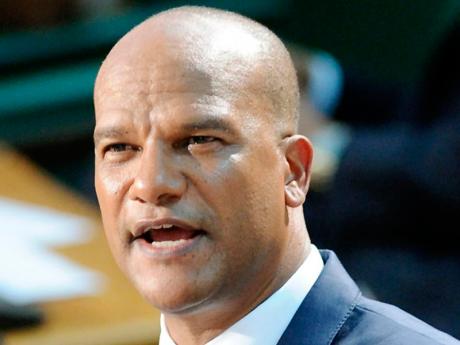 He said the new commissioner should be in place by September.

Speaking to reporters after addressing an awards ceremony in Runaway Bay, St Ann, on Wednesday afternoon, Bunting, in response to questions posed regarding the refusal of the PSC to shortlist Federal Bureau of Investigation (FBI) officer, Wilfred Rattigan, said he had no reason to second guess the commission's decision.

"The PSC is comprised of a very eminent group of individuals and I fully respect their competence and professionalism," Bunting stated.

"I don't know the group of applicants that they had before them but I trust their judgement in selecting whoever they deem to be the most qualified applicant, after shortlisting and interviewing."

Bunting said in cases like this, it was never possible to interview all applicants as this would extend the process unnecessarily.

"So I see absolutely no reason to second guess Professor Gordon Shirley and the very eminent group of persons who comprise the PSC."

In a Gleaner report on Wednesday, members of the Jamaican diaspora expressed anger that Rattigan was not allowed the chance for an interview.

And in response to news that the family of Mario Deane has obtained the services of an American attorney, who represented the family of Trayvon Martin, Bunting said the Government was being open and transparent regarding the issue. Martin is the Florida teen who was shot dead by neighbourhood watch volunteer, George Zimmerman in 2012.

Deane was allegedly beaten while in police custody and subsequently died as a result of the beating. Three persons who were in the cell with Deane have since been charged for the killing.

Responding to questions from reporters, Bunting said: "I respect the rights of the family to use whatever legal representation they feel is appropriate, so I certainly have no objection to that. We continue to ensure that the police cooperate fully with INDECOM, who are the principal investigators and that they also continue their own investigations."

Bunting said up to this point there was no evidence that any police personnel took part in any beating but it did not necessarily mean that no one is culpable.

"But we are being open, transparent, cooperative, (and) facilitating," he stated.

He added: "This is a very tragic incident (and) we must always see where we can take lessons from it and improve our standard operating procedures so that the likelihood of a reoccurrence of this type of incident is minimised."