Detained in a death trap 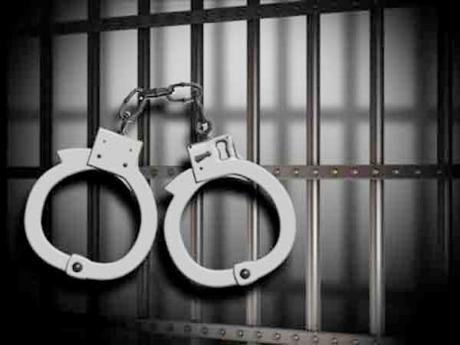 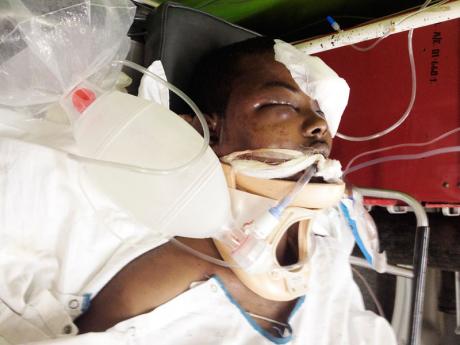 File Mario Deane in his hospital bed after his beating at the Barnett Street Police Station.
1
2

The recent fatal beating of Mario Deane at the Barnett Street Police Station in St James, allegedly by fellow inmates, has put the spotlight on jail cells and the charge that the police are turning a blind eye while the accused come in for deadly attacks.

Phillip Brownrecently had his first brush with the law and spent days in a St Catherine lock-up before he was granted bail.

But for the mercy of God, Brown says, he could have ended up like Mario Deane.

"It's sheer hell for a first-timer behind bars from the moment uncouth police personnel get involved," said Brown with sadness.

"I was at home when an open-back vehicle with police drove up. I was aggressively placed in the police vehicle and told to sit on my hands on one retracted seat all the way back, due to the fact that they had no handcuffs."

Brown said panic gripped him and, "I asked in the calmest voice that I could muster, 'officer, is everything all right'?".

The reaction of the policeman made it immediately clear that he was in for an ordeal. "P... mi will kill you if you move," Brown claimed the policeman shouted.

The young man said he was taken to the police station for a question-and-answer session and was told that an allegation of indecent assault had been made against him. After questioning, Brown was taken into custody and placed into a cell.

"I reached the cells which were crowded at the time, and the newcomers were told that they would have to sleep in the small aisle that separated the block of cells, the walkway and an open area," Brown recalled.

He said he quickly realised that the inmates who seem to be kingpins of the different areas of cells had certain privileges although they were behind bars. "This open space was used to host events like DJ contests or other mind-relieving activities."

Having been placed in custody, Brown said he was told about the house rules which he would have to abide by to make the time in custody less painful.

"While sitting in the aisle, a fellow inmate looked across and beckoned to me to approach him. I looked at another inmate near me and he nodded his head, signalling that I go ahead and see what he wanted.

"Little did I know the guy in the cell was testing me. Apparently, there is a rule of which I was not aware, that you should not wear shoes in the cell areas, or you would be penalised by being 'feathered', (the jail term for a beating mainly in the chest)," said Brown, as it dawned on him that this was an attempt to intimidate him.

According to Brown, the inmate demanded to know the community that he lived in and he responded with the name of an inner-city scheme close to his house. But that was not enough to gain him respect inside the jail.

"I learnt quite quickly that if my name was not of great significance in the world of criminality or linked to a volatile community or one with historical reputation, I would be in for a tough time," said Brown, as he remembered that the inmate immediately wanted to know if he had taken any ganja into the cell for him.

"'Yuh know seh mi nuh smoke bossy, big man ting', I responded, learning the art of speaking the language. But he thought I was not being truthful. 'Lie you ah tell'."

According to Brown, he was then ordered by the inmate to empty his pockets, but that was not enough as the man insisted on checking for himself.

"It was soon bedtime, but my sleep cycle was severely interrupted as I was bordered by two guys approximately three inches apart on each side and my head rested on the entrance grille while my legs were uncomfortably placed on the grille leading to the cell area," said Brown, as he noted that there were 14 other detainees in the small aisle.

As the days went by, he learnt more jailhouse rules and how to cope. But after a week, the worse of the experience came as more and more accused persons kept coming in and existing inmates had to be relocated to different cells.

"I was the unfortunate one that night," said Brown. "The police man came to the group of us as I tried to look out of his direction, he said, 'You come'," recalled Brown.

He said that four persons were relocated. "As we marched to the holding cell, I discretely gulped then sighed as I heard an inmate from the cell jumping and shouting 'fresh meat' as everyone nearby howled.

"At night, the cell was dark but the little light that peeped in allowed me see to some of the faces," said Brown. "I walked to the rear of the cell and browsed the faces that approached."

According to Brown, the obvious 'Don' in the cell instructed the other inmates to, "show dem how we welcome visitors in here".

"What took place was known as 'feathering' or a beating. A horrendous activity any first-timer must face," said Brown.

"The feathering beating continued throughout the night, but there was no police personnel coming to my rescue. After the welcome, the don instructed the others to give us time to settle in as 'we ago try dem case lata'," recalled the still-shaken Brown.

"We - the other newcomers and I - stood there for another 35 minutes hoping that the awful experience would end, but no such luck," said Brown as he noted that the respite was because the don was on his 'bird' or telephone with his girlfriend.

Brown said he later learnt that it had cost $10,000 to have the phone sneaked into the cell, one cigarette cost $100 while a small bag of ganja which would sell for $50 on the streets was sold for $300 in the cell.

"With the telephone conversation done, we were asked why we were in jail ... the first guy scuffled his way up to the front of the cell and explained, he was feathered to the point of tears. He was later kicked, slapped in the face, and beaten by the cellmates for showing emotions." All that time, there was no response from the police who are mandated to keep prisoners safe.

Then it was Brown's turn to 'take the stand' and the first question from the don was if he had ever killed anybody. "I said no and was asked why are you here then".

As Brown explained why he was behind bars, he was instructed to stand before being hit in the chest. Six pairs of hands then started to beat him before they were ordered to stop by the don.

Attention turned to another of the newcomers who told the inmates that he was involved with guns and knives during a robbery in his area.

"He immediately gained some amount of respect and was not feathered during my time there," said Brown.

"There were 19 of us at the rear of the cell where we slept. It was like an organisational chart in a workplace and you had to work our way to the top."

According to Brown, the inmates slept in an adjacent position and those at the bottom of the order slept in an area known as a 'bike' which was used for defecation and urinating. However these had to be done with the use of passwords.

He said any breach of the rules by not using the passwords was subjected to punishment.

Brown remembered the first morning in the cell when a kick to the ankle woke him up at approximately 5:30. "I was told to wake the other new guy beside me and we had to imitate roosters to wake the others. The other guy won of course, because I preferred getting feathered than imitating the sound of a rooster."

"After three days of continuous beating to the chest, it became usual," said Brown.

For Brown, his respect grew the first Sunday that he was in custody when inmates were allowed to receive meals from family and friends.

"For some 10 minutes the eyes of envy were turned on me as I received five containers with chicken, pork, rice, greens and pasta. In fact an in house friendship deal was signed from others outside my cell. For me it was the beginning of acceptance."

However, Brown was to meet one new rule as he was required to share his food with other inmates who received none as it is forbidden to eat 'bangbary' on a Sunday. Bangbary is the term the inmates use for jail food.

With the little respect now gained Brown was allowed to finish his time in jail with not much more feathering but it is an experience he would not wish on his worst enemy.