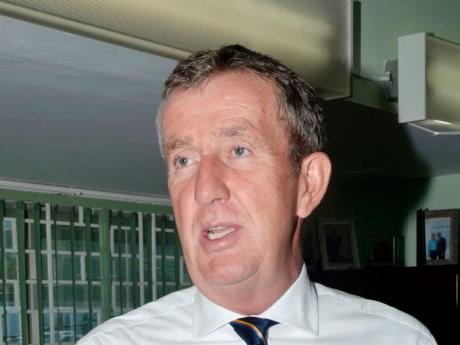 SEVERAL JAMAICAN public officials are now being investigated for money laundering as the Financial Investigations Division (FID), begins to take an interest in the billions of dollars expended on Government projects in recent years.

Outgoing FID boss Justin Felice confirmed yesterday that there were "20 significant cases" under investigation, targeting attorneys, major players in the criminal underworld and other "facilitators" of public corruption.

"There are public officials that we are looking at and what they have done with monies they have been given. And we are looking at how money from (government) contracts was spent," Felice told The Gleaner in an exclusive interview at his St Andrew offices yesterday.

"We are also looking at the kingpins, we are looking at the lawyers who are facilitating them to buy properties ... (and) to buy abroad. Which real-estate agents are selling them properties? Where did they get all that wealth?" he questioned.

According to Felice, FID cases are classified as 'significant' when they involve matters that are of high public interest or include "politically exposed" persons, issues of national security, serious organised crime and corruption.

The FID boss declined to identify the projects that have been targeted, pointing out that doing so could cause persons to "start shredding documents".

However, he said financial investigators are already combing through reams of documents to determine how millions of dollars earmarked for government contracts were spent. He could not say when the investigations will be completed.

"We are looking at individuals who have obtained significant wealth. We want to know where that money came from and (we are looking at) people in the criminal world who are well connected. We have to follow the money, and that takes time," he stressed.

The probes come as the FID begins to shift gears to go after what it describes as the "higher end of money laundering and public corruption".

The agency has already used the Proceeds of Crime Act to seize nearly $2 billion in properties and other assets believed to be derived from criminal activities.

Felice, who demits office at the end of the month, believes political and public corruption are the biggest threats to Jamaica's survival and asserted there was a nexus with law enforcement, lawyers and persons in the business community.

However, he made it
clear that with the well-trained cadre of investigators now in place at
the FID, "it would not be business as usual".

"The
train has left the station. People have to know that if you are gonna be
corrupt, if you are going to be involved in organised crime, you need
to start looking over your shoulder," he
insisted.