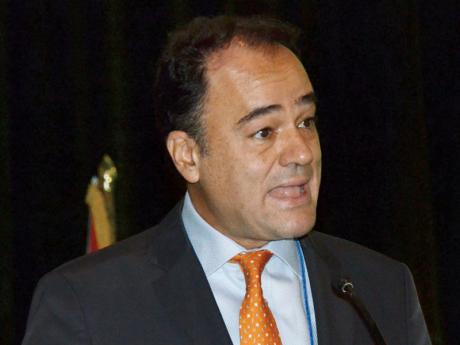 St Thomas, US Virgin Islands: The region's largest supplier of land-based visitors, Apple Leisure Group, says the Caribbean could be attracting up to 30 million visitors from the United States annually if it ups its ante in brand differentiation, marketing and integrated alignment.

Apple Leisure's chief executive officer, Alex Zozaya, in his keynote address to delegates attending the State of the Industry Conference in St Thomas, US Virgin Islands, blames the mediocre numbers on a series of challenges, including the absence of a master plan capitalising on the opportunities that exist in the industry.

"You need to make tourism in the Caribbean more globally competitive, and stop competing with each other," Zozaya said in his aim to explain the conference theme of 'Realising the Vision: Positioning Caribbean Tourism for Major Change'.

"We are at the tip of the iceberg," he told the gathering of tourism decision-makers, practitioners, partners, and media at the three-day event.

"We are at the right moment," he said. However, he added that there were too many barriers preventing the islands from going forward. Among the challenges he listed were fragmented regulations and lack of continuity in policies, particularly when governing parties change after an election.

With stiff competition from other warm-weather destinations such as the Seychelles, Thailand, and Croatia, Zozaya also said the region had to stop competing against itself.

"We tend to think one island is competing against the other," Zozaya said, noting it was time the leaders ran the region like a business.

Using Jamaica as an example of a destination that had got it right, the Apple Leisure CEO said: "Jamaica is doing a much better job than other places. Brand Jamaica has great positioning in the US [and] consumers are spending premium for the brand, in comparison to other areas, because they have been most consistent with their marketing. The consistency in the message - the communication about Jamaica - sounds and feels like Jamaica."

His comments were bolstered by observations from outgoing chairman of the Caribbean Tourism Organisation, Beverly Nicholson-Doty, who said she wanted to see the region positioned as the most desirable, year-round, warm-weather destination by 2017.

"We should never forget that our greatest asset is our diversity and it should serve as a bond, not as a divider," she stated.