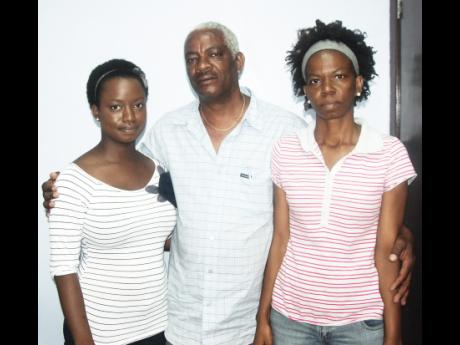 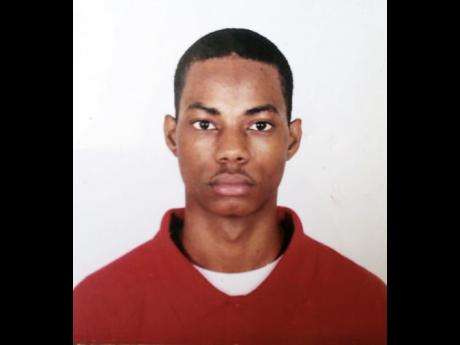 Several lofty dreams and aspirations will be buried with the body of Mario Antonio Deane today.

The 31-year-old construction worker, who died on Independence Day, after sustaining a savage beating while in custody at the Barnett Street Police Station in Montego Bay, will be buried in Welcome, Hanover, this afternoon, and his mother, Mercia Frazer, has found handwritten notes he left behind outlining his plans and dreams.

In going through her son's possession after his death, Frazer found the notes that further confirmed what she always knew - her son was no loafer. He was quite organised, ambitious and goal-oriented.

"His true passion was to be an architect," said Frazer, who is at the forefront of a relentless local and international bid to get justice for her son. "He not only talked about it ... he had it written down."

Unlike many of the youngsters residing in inner city-style communities like Rosemount, the ambitious Mario, a former Rusea's High School student, believed in work and was always working or seeking work.

"After graduating from high school in 2000, Mario completed a data entry course with HEART Trust and secured employment at Media Track at Freeport, in Montego Bay," his sister and confidante Sadiki Deane told The Sunday Gleaner. "He also did courses in waiting and catering and worked in the hotel sector for a while."

However, as his mother found in his writings after his death, Mario had carefully and meticulously documented the path he intended to take to realise his dreams, including going back to school to further his education.

"When I read what he wrote, I was really touched," said Frazer. "He stated quite clearly that he wanted to go back to school and eventually get into the overseas work programme. However, his ultimate dream was to become an architect ... he definitely knew what he wanted to do."

While the family, on legal advice, has decided against having Mario's written notes made public at this time, the snippets they shared with our news team showed an organised mind with clear goals.

In the notes, Mario said he had recently registered to start a carpentry course with HEART, and suggested that he was taking his plans seriously.

It was, therefore, no wonder that residents of Rosemount, who staged three days of fiery street protest, demanding justice for him in the aftermath of his controversial death, saw him as a very special young man with enviably ambition.

"Although he was soft-spoken, he was very bright," said David Smith, a resident of Rosemount. "Before his spliff (ganja) arrest, he never had any brush with the law, which is quite remarkable in this day and age, especially being from a community which can be volatile at times ... if there was one real good youth in Rosemount, it was Mario."

His mother agreed, as she noted that Mario was always calm and easy-going from his childhood days.

"As a child, he liked quietness and order ... I was able to communicate better with him if I spoke to him in a calm tone," said Frazer. "He mostly hung out with older individuals who he could learn from and talk to about things that interested him. His television time was mostly spent watching The History Channel, Discovery Channel, and National Geographic."

After today's funeral, the focus will return to the investigation into the circumstances that led to his death after he was arrested for a ganja spliff on his way to work on the morning of Sunday, August 3. He was battered into a state of unconsciousness within hours of being taken into custody by the police and did not survive the assault.

In the aftermath of Mario's death, two prisoners were arrested and charged for murder arising from his death. Three police personnel were interdicted and another three suspended arising from the incident.

Following an autopsy carried out by famed American pathologist, Dr Michael Baden, and his local-based counterpart, Dr Murari Saranji, it was revealed that Mario had died from multiple impact wounds to the face, head, and brain.

The family's legal team, which is led by attorney-at-law Miguel Lorne, is now awaiting a ruling from INDECOM, in regard to what action is to be taken against the implicated police personnel, before commencing their lawsuit against the State.