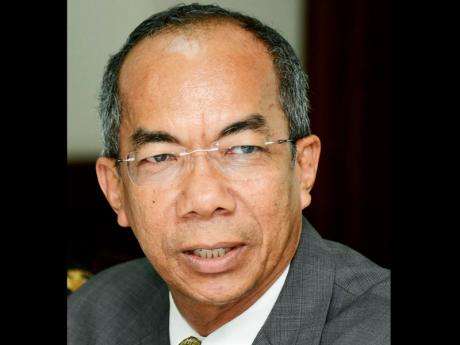 Scores of Jamaicans brought to their knees by chikungunya-like symptoms have dismissed medical and scientific explanations that the virus is being spread by mosquitoes.

Many, including highly educated Jamaicans, are swearing on their aching joints that they were not bitten by any mosquitoes yet they have been stricken by the illness.

"I believe that it is an airborne virus, which is easily contracted. I have long since dismissed the thought that it is caused by mosquitoes. Do these mosquitoes take bus or taxis to other parishes?" declared Portland resident Annmarie Bennett.

"It's not mosquitoes spreading it because look how long mosquitoes deh round and this is the first case of mosquito giving chik-V. I don't believe that," an adamant Bobbette Parchment declared in downtown Kingston as she pointed to the rashes which she has developed in the past few days.

"I don't believe that the mosquito caused it. I don't know what cause it, but I know that even before the outbreak, I keep my doors locked and the place sprayed regularly. I don't see how mosquitoes could bite me," said supermarket employee Derron Johnson.

Some persons were even adamant that the outbreak is linked to the plane carrying businessman Laurence Glazer and his wife Jane, which crashed off the coast of Port Antonio earlier this month.

With entire communities becoming afflicted with the virus, sporting events being disrupted, and more and more persons rushing for medical treatment, these theories are gaining traction despite the local and international literature which rubbish these claims.

"There is no question that this is a mosquito-borne disease," declared Dr Horace Chang, who has spent several years as a public health specialist.

The opposition member of parliament argued that the panic being displayed by Jamaicans is a direct result of how the Government has handled the outbreak, even as he declared that there was no trickery in the claim about the source.

"There is some doubt in people's minds because the minister of health never came out immediately and addressed the vector-control issue. What Jamaicans must do is to ensure that they protect themselves and get rid of the areas where the mosquito can breed around the house because there is absolutely no doubt that this is being spread by the mosquitoes," added Chang.

President of the Medical Association of Jamaica (MAJ), Dr Shane Alexis, also scoffed at suggestions that chik-V is not vector-transmitted.

In a bulletin last week, the MAJ provided basic information on the disease, its transmission, signs and symptoms, and the gestation period.

Alexis was further supported by medical practitioner Dr Dayton Campbell. The government member of parliament noted that the disease has been around since the 1950s and all evidence have pointed to vector transmission.

"Those who share the belief that it is not mosquito-transmitted obviously believe that it is contagious. But you can't catch it from another person, you have to be bitten by the infected mosquito," said Campbell.

According to Campbell, while there is significant under-reporting of the number of persons affected because the disease appears to be widespread in some sections of the country, there is no doubt about the cause.

In the meantime, Jamaica Labour Party (JLP) caretaker in St Thomas Eastern, Delano Seiveright, said with residents of several communities in the constituency stricken with signs of the illness, more than 60 per cent of the people do not believe it is being spread by mosquitoes but is airborne.

"Of course, I don't believe that, and I go with what our medical personnel say. But when I tell them, they swear they have not been bitten by any mosquitoes," said Seiveright.

"But a great deal of the doubt is caused by what is coming out of the ministry, because they are saying they are on the ground in communities, but the reality on the ground is different. The people are not seeing any action from ministry officials," said Seiveright.

Chikungunya is a virus that causes acute inflammatory disorder. It results in muscle pain and stiffness in the body and arthritis. The name is derived from a word in the local language of Tanzania meaning "that which bends up" or "stooped walk".

The virus was first identified during an outbreak in Tanzania in the 1950s before it spread to countries of central, southern, and western Africa.

Outside Africa, the first documented chikungunya fever outbreak was in Thailand in 1958. It is spread by Aedes aegypti and Aedes albopictus mosquitoes. The mosquitoes acquire the virus from one person, and following an average extrinsic incubation of 10 days, it transmits the virus to another person.

The World Health Organization has noted that so far, there is no evidence to indicate a person-to-person transmission of the disease.

To prevent the infection of others, acutely infected patients need to be protected from further mosquito exposure during the first week of illness:

(a) Use air conditioning or window/door screens

(b) Use mosquito repellents on exposed skin. Caution should be taken with patients who may have respiratory illnesses or allergy conditions.

(e) Get rid of all water where mosquitoes can breed.

Physicians and health-care workers who visit chiv-V- infected patients should take care to avoid being bitten by mosquitoes by using insect repellent and wearing long sleeves and pants.