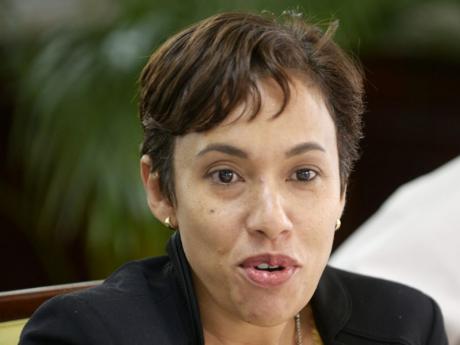 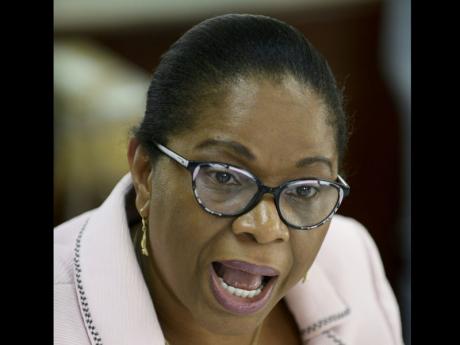 THE PROMISE of persons using movable assets such as a refrigerator, jewellery, art, writings, or even crops and livestock as collateral to secure loans is yet to materialise in any meaningful way because of the absence of a framework to allow banks to recover their monies in the event of default.

"There is a lot of infrastructure work required for us to actually operationalise the law," Jacqueline Sharp, president and CEO of Scotia Jamaica, said at a Gleaner Editors' Forum last week.

Parliament last year passed the Security Interests in Personal Property (SIPP) Act, and a national collateral registry was opened in November as part of the Government's growth strategy. The concept behind SIPP is to allow persons, particularly small- and medium-size operators who do not own traditional collateral such as house or land, to use non-traditional assets to secure loans.

However, the revolution is yet to begin. Sharp said last week that while the banking sector sees the SIPP as "very important in stimulating economic growth and giving greater access to credit for persons who don't have the traditional collateral", the law by itself is insufficient.

"One of the challenges that we have now is that we really do need an infrastructure to treat with assets. They are movable assets. Where it is easy to register a car and track that car, and if we are to recover it and sell it, it's easy. You could put it on a car mart and sell it and you get back the proceeds. There is no such infrastructure for the movable assets," Sharp said.

Using the example of intellectual property, which is one of the movable assets now covered by the new law, Sharp said there is no framework to allow for its valuation.

"We have actually written to the central bank and asked them for further guidance because they need to tell us, for example, how we provision these assets. ... How do we account for them on our books in our reporting back to the central bank?" she added.

Businessman Fabian Brown, who operates within the services industry, said persons within the subsector saw the SIPP as a potentially game-changing piece of legislation but have thus far been left disappointed.

"Too many of us really just fold up and move on and go look a work because it is just not practical because we are not able to access financing," Brown said.

"Even when you have the beautiful, pristine accounts to present, the asset base is a problem," he added, while noting that securing loans within the service sector was difficult for small operators.

Donovan Wignall, president of the MSME Alliance, said players within his sector will just have to rely on institutions like the Development Bank of Jamaica to fill the funding gap because of their inability to secure funding.

Maureen Hayden-Cater, president of the Jamaica Bankers' Association, said it is not unusual for banks to use intangible assets such as contracts as collateral. She, however, said it does present a problem because if a party to a contract breaches such agreement, then there are usually no proceeds to recover. It is for this reason, she argued, that a framework must be put in place to guide the use of the SIPP.

"If you are able to register your intellectual capacity on the SIPP, in the event that there is a default on the loan, how can we transfer ownership?" Hayden-Cater queried.

Patrick Hylton, NCB's managing director, said even if the banks are to use an entertainer's catalogue as collateral, there are serious questions, which the SIPP does not answer.