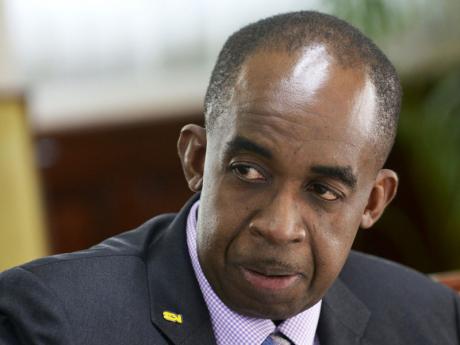 WITH EXPENSES for tertiary education spiralling, causing the Students' Loans Bureau (SLB) to come under increasing pressure, a prominent banker is suggesting that parents should start saving towards this eventuality from the birth of their children.

Patrick Hylton, group chief executive officer of the National Commercial Bank (NCB), told a Gleaner Editors' Forum that a committee he headed has found that this is the way to go.

Hylton divulged that one of the challenges was short term and the second, a longer-term problem that has existed for many years.

However, he revealed that the committee had not yet been able to resolve the longer-term problems, which are structural in nature.

Hylton also pointed to constraints imposed on the Government by the conditionalities of the International Monetary Fund (IMF), which inhibits its ability to continue to fund the SLB. "The student population is growing on a continuous basis, and so there is an increase in demand and so it is a very complex issue," he said.

According to Hylton, the committee has reconvened. "We have been having some discussions with both the Minister of Education (Ronald Thwaites) and the Minister of Finance (Dr Peter Phillips) in relation to several proposals that could potentially provide some breathing space," he revealed.

Added Hylton: "Those are some of things that ought to be looked at and make some decisions."

Citing India as an example of a nation that has become quite developed intellectually, Hylton said this is because parents had prepared themselves to assist with the financing of their children's education.

"Parents plan for their children's education from early," said Hylton. "And so they start saving, and one of the things that we are trying to do is encourage people to start to do the same thing because we need long-term solutions."

Within this context, the banker suggested that from an individual gives birth, she should start preparing by looking at the range of saving outlets available in the financial sector such as OMNI. "Start putting away some money towards their education," he stressed.

He said such a course would insulate persons from having to borrow or reduce their educational expenses. "There are also persons who borrow in their existing relationships with financial entities to finance their children's education," said Hylton.