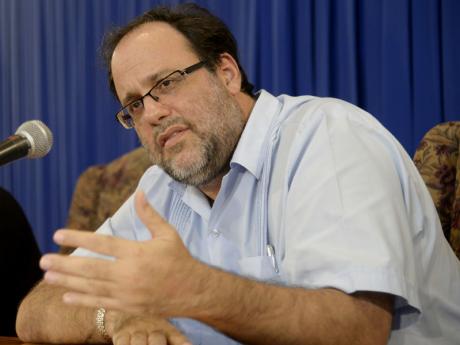 Accepting that aspects of the Dangerous Drugs Act prohibit Jamaica from enjoying the economic benefits of medical marijuana and industrial hemp, the Government has made a number of changes to the act.

Speaking yesterday at a press briefing at Jamaica House, Justice Minister Mark Golding announced that among the amendments to the act that Cabinet has approved are provisions for permits to cultivate, possess, import, export, transport, manufacture, sell, and distribute ganja for medical and scientific purposes under licence.

"While the Dangerous Drugs Act and its regulations and the Food and Drug Regulations, 1975, provide a regime for the use of extracts, tinctures, or preparations made from cannabis, the prohibitions of the Dangerous Drugs Act make any dealing with the ganja plant itself illegal, without exception, and, therefore, do not allow locally grown cannabis plants to be used to produce extracts, tinctures, or preparations for medical, scientific, or any other purpose," he said.

Stating that the terms of the proposed licence are to be determined, Golding said, "We need to now flesh out the specifics of the licence and framework to go hand-in-hand once the amendments have been approved and implemented."

A licensing authority is to be established to govern the licensing processes for participation in the medicinal ganja industry.

He said further discussions are to take place with the Ministry of Finance for portions of the revenues generated by the licensing of industry participants going into a dedicated fund to be used, among other things, to provide financial support for a public education programme directed at discouraging ganja use by adolescents and other vulnerable persons.

The funds will also be used for drug-abuse support; funding scientific research into the medical and other specific uses of ganja; as well as for providing additional support for the implementation of a new regulatory regime.

"Our objective is to lay the foundations for the establishment of regulatory regimes to govern the cultivation and use of ganja for medical and scientific purposes as well as (non-medical) industrial hemp," he said.

Golding emphasised that Jamaica remained committed to the fight against transnational drug trafficking and organised crime.

"Save for the specific reforms that we have announced, the criminal sanctions for illicit activities involving ganja remain as currently set out in the Dangerous Drugs Act," said the minister.