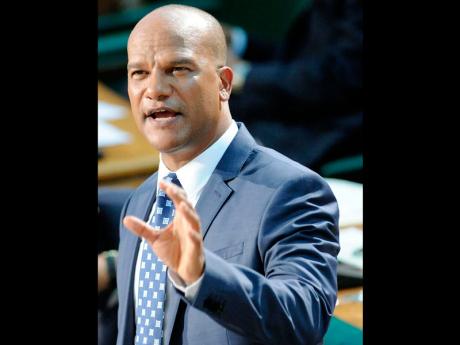 LORD ANTHONY Gifford has hailed the passage of a bill to expunge the criminal records of persons convicted of certain offences, including minor ganja-related offences, as "the beginning of the end for persecution".

His comments came as ganja lobbyists welcomed announced reform for the regime governing ganja on the island, which National Security Minister Peter Bunting said is a critical part of the "social engineering" taking place in the country.

"There is no doubt that the vast majority of persons who will benefit from this bill are those who have been convicted for possession of small quantities of ganja. We are talking about the thousands and thousands of Jamaicans who have been confined to the back quarter of the economy because with a criminal record, there are many jobs they can't get, many countries they can't visit because they need a clean police record to get a visa," Bunting said.

When the act is signed into law, it will pave the way for persons convicted on a defined set of offences to have their criminal records cleared. Among those who will benefit are those convicted of minor ganja-related offences.

"There has been so much persecution," Gifford said while indicating relief that the Parliament had moved in the direction it had.

Gifford expressed hope that when all elements of the government ganja reform programme are fully developed, there will be "no more persecution".

"There should be no penalty for cultivation because if you are allowed to possess, then you must be allowed to grow."

Bunting said yesterday that the expungement of ganja records is the first step and that the second step is to make the possession of small quantities of ganja a non-arrestable offence.

"This bill that will deal with that second step has already been drafted," he said.

The security minister also said the way is to be made clear for the medical and industrial use of marijuana.

Bunting warned, however, that people who break the dangerous drugs law would be punished.

"The whole issue of trafficking, dealing, export of ganja for non-medicinal or other purposes, that is not on the table at this time, the police will still be vigorously enforcing the law and our obligations under various international treaties," Bunting said.