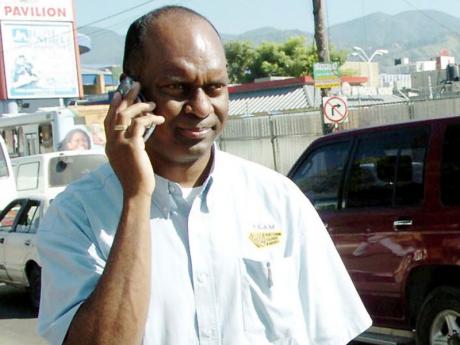 CHINA HARBOUR Engineering Company (CHEC) has submitted a proposal to the Government of Jamaica (GOJ) for lands to be made available to it to establish a resort near Ocho Rios, St Ann.

Ivan Anderson, managing director of the National Road Operating and Construction Company (NROCC), said yesterday that the Chinese have set their sights on getting the Roaring River lands as part of an agreement with the Jamaican Government to construct the North-South link of Highway 2000.

"We have gotten one proposal to look at some lands for development, which are the UDC (Urban Development Corporation) lands adjacent to Dunn's River … . It is called Roaring River. They have put together a development plan for those lands, which involve the lands south of the North Coast Highway and also the land on the northern side of the highway," Anderson said.

Roaring River is an 800-acre property, according to information supplied by the National Land Agency. At press time yesterday, The Gleaner was unable to ascertain whether CHEC's proposal involved getting all those lands.

Yesterday, the NROCC boss, who was appearing before Parliament's Public Administration and Appropriations Committee (PAAC), noted that the Chinese are entitled to 1,200 acres of lands under the agreement with the Government.

While the Government is under no obligation to hand over lands to the Chinese before the road, which stretches from Spanish Town, St Catherine, to Ocho Rios, St Ann, has been completed, the Government has started the process of picking out large tracts of lands, which could be made available to the Chinese.

"We have identified all the GOJ lands between Kingston and Spanish Town. The bulk of those lands are the Roaring River land, which the UDC owns, there is the land around Lydford, which is the former mining area, and the lands adjacent to Mandela (highway) where the UDC owns the lands at Caymanas," Anderson said.

CHEC is spending US$610 million on the North-South highway, US$75 million of which is thought to have been spent completing the Mount Rosser bypass, on which Jamaica had already spent US$120 million.

The concession agreement, which gives CHEC the right to build, own and operate the road for 50 years, allows the Government to recoup the money spent on the highway over the life of the agreement.

Dr Omar Davies, transport, works and housing minister, has stressed that the Government is not investing a penny in the construction of the highway. He said that the developers are taking all the risks and has stressed in a recent interview that "the toll collected cannot service that debt".

"They are heading to further development - commercial, housing and tourism. Essentially, they are going to generate their own traffic," Davies has said.

During yesterday's committee meeting, Central Clarendon Member of Parliament Mike Henry argued that with lands made available to the Chinese to engage in developments that will drive traffic for the road, "they are going to lose money" if they fail to develop those economic zones.

"I feel very satisfied that you are moving in the right direction with what was the intent on the plan," said Henry, who as minister in the last administration negotiated the deal with CHEC.