Jamaicans say no to abortion. Gleaner poll shows 69% in favour of retaining law 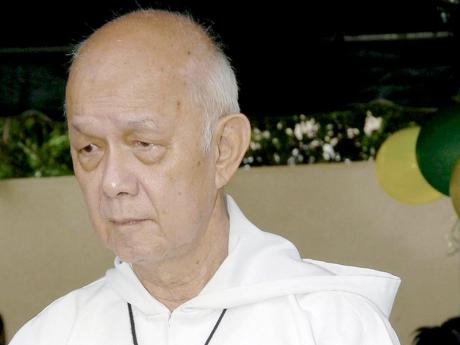 Father Richard Ho Lung, founder of the Roman Catholic charity organisation Missionaries of the Poor, is "extremely heartened" that at least seven in 10 Jamaicans are against changing the country's abortion laws.

In the September 2014 Gleaner-commissioned Bill Johnson poll, 69 per cent of 1,208 Jamaicans surveyed said the law should not be changed, 22 per cent said make the law easier, while nine per cent did not have an opinion.

"I am very, very heartened by the response," Ho Lung told The Gleaner yesterday.

"I am totally and completely against abortion. I think it will lead to a death culture, which is beginning to erode places like Europe. More and more rampant we are seeing the killing of children from in the womb, the killing of older persons by euthanasia, and more and more suicides. On top of that, we are seeing endless messages that there is no God. It is a definite push on the part of the Evil One."

He added, "Jamaica cannot lose its morality, which comes from the hands of God. And if we legally sanction the killing of innocent babies from in the womb, then we are heading down an evil path."

Ho Lung has been championing the fight against legalising abortion for several years, which began in earnest in 2006 after two missionary brothers found aborted babies thrown in a garbage dump in Jamaica.

In 2011, the charity group opened the Holy Innocents Women in Crisis Centre in Kingston as an alternative to abortion for pregnant women in trouble.

Ho Lung, along with the Drs Doreen and Wayne West-led Coalition for the Defence of Life, also took the debate to the streets, hosting a number of public forums on the issue.

"At Holy Innocents we will not turn anyone away. We strongly believe there is always a way, but abortion is never the answer. We have to get it into people's minds that life is sacrosanct. Even if the child is born out of wedlock or the mother endures pain, that is part of the cross," said Ho Lung.

"To me, the beautiful people are those who suffer on behalf of the life of others. In other words, it would be terrible if a mother intentionally sacrifices the life of a child for herself."

The 1864 Offences Against The Person Act stipulates at s.72 that a woman, or anyone, who unlawfully uses any instrument or poison to procure her miscarriage, may be condemned to a maximum sentence of life imprisonment. Pursuant to s.73, a person who supplies any instrument or poison, knowing it will be unlawfully used to procure a miscarriage, may be sentenced to a maximum of three years' imprisonment.

In 2008, the European Union, among other international organisations and lobbyists, began urging Jamaica to legalise abortion, with the promise of funding. A bill was then tabled in Parliament to legalise abortion. The bill also put forward that if doctors refused to perform abortions, they could be penalised for up to six months in prison and charged $250,000. The abortion debate is ongoing.

"The Europeans, especially the European Union, are pushing for it, but this is what I call blood money - I will give you this, if you will give me that. But Europe is suffering right now from terrible cases of so many persons aborting and the population is at a minus growth, to the point where they are wanting workers from all over the world to go there," Ho Lung declared.

NOT ALL UNWANTED PREGNANCY CARELESS

"I do not support wholesale abortion. What I do strongly believe is that there are circumstances where abortion is necessary but under the law there is no allowance for those special circumstances. However, poverty should not be one of those reasons," noted Campbell.

Earlier this year, Campbell called for the anti-abortion law to be amended, noting that the law represents a misuse of Government's power by taking away the rights of a woman to decide. He also chastised religious conservatives for frustrating the process, noting that they were not sensitive to reproductive rights.

"I called for the law to be amended, not to make it free for everybody, but to allow for special circumstances," he said.

"For example, if someone is raped, or in an abusive relationship and does not want the child, what happens in that situation? Or if a scan shows that the child that person is about to have will be severely deformed and the person is not in a position to give the necessary special attention to that child? What about getting pregnant as a result of carnal abuse?"

He added, "Not every unwanted pregnancy is because of carelessness, and once we accept that, then we must also understand and appreciate that there are cases where persons will take all the necessary precautions but still end up pregnant through no fault of their own, and having their rights abused. Do we then force them to bring that child into the world?"

Campbell conceded, however, that, "I respect the views of the people and if, according to the poll, that is the popular view, then I just have to submit to that."

The survey, conducted on September 6-7 and 13-14 of this year, has a margin of error of plus or minus three per cent.