Church says yes to sex ed in the sanctuaries 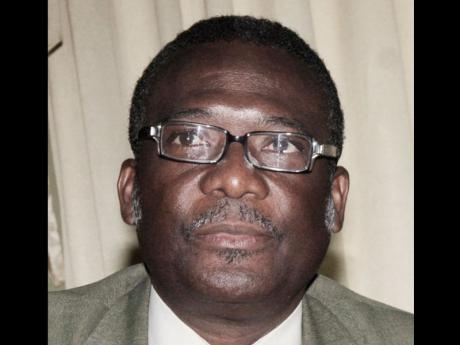 After its reverberating rejection of what it decried as sexual immorality bedevilling sections of society, church leaders and workers have embraced a plea by the majority of Jamaicans that their organisations should play a greater role in influencing sex education among youths.

The voices of church leaders were in one accord as they responded with a resounding "yes" that sex-education should be taught from their sanctuaries.

"I have been preaching that message for years," asserted the president of the Jamaica Umbrella Group of Churches (JUGC), Bishop Conrad Pitkin. "I am convinced that the church needs to plan on the issue of sexuality and sex education."

Rev Karl Johnson, the general secretary of the Jamaica Baptist Union (JBU), was just as assertive. "I beg us then, let's shun the politicisation of the issue of morality and values and attitude," he declared

The Gleaner-Commissioned Bill Johnson poll, published yesterday, found that 72 per cent and 69 per cent of Jamaicans were desirous of church and school respectively to stimulate the minds of student, 11 years and above with good sex practices.

While welcoming the position taken by Jamaicans that the church has a role to play, Karl Johnson suggested that houses of worship should be involved in the process before children reach 11 years.

"Who should do it before then ... the truth is that they are being formed long before they reach that age, so where would they get their spheres of influence at that point?" he asked.

"What we are seeing is a very strong commitment to the value of morality among our people, in the formation process," said Johnson. "Therefore, the debate as to how we organise ourselves as a country is one that must continue," he added.

Johnson stressed satisfaction that Jamaicans have recognised and acknowledged that the matters of sexuality and sex education are not only about technical competence but an issue of right and wrong. "That is something that we cannot deny," he said.

Johnson was supported by Pitken. "I think the nation has placed a great thrust on the church with respect to this important issue. The church is a large constituency, so there is much that we can do to contribute."

The voice of sections of the churches in Jamaica reverberated deafeningly throughout society in recent times when Professor Brendan Bain was fired from his job as head of, The Regional Coordinating Unit of the Caribbean HIV/AIDS Regional Training network (UWI-CHART) by the administration of the University of the West Indies prompted allegedly by 35 groupings of so-called gay-rights advocates from across the Caribbean.

Local churches also frowned on the decision by local human rights group, Jamaicans for Justice to introduce an explicit sex education manual/curriculum in some children's homes. The church was of the view that the manual exposed young wards of the State to illicit and unacceptable sexual practices.