Murders down in Westmoreland 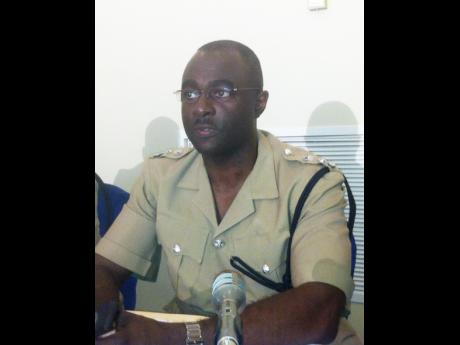 Last year, Westmoreland was under the gun as the notorious Toniel 'Malta' Haughton-led Alma gang, which specialised in robberies, rape, murder and extortion, wreaked havoc, accounting for the majority of the 62 murders in the parish between January and October.

Fast-forward one year, the top leadership of the gang has been wiped out and relative peace has returned to the parish. Police statistics show murders are down almost 50 per cent, slashed from 62 to 34 over the comparative period last year.

With gangsters holding sway in the early parts of 2013, Superintendent Carol McKenzie, the then commanding officer for the Westmoreland Police Division, promised to rid the parish of them. Within months, several alleged gangsters were killed and a number of illegal weapons seized.

"We are prepared to go over hills and valleys to wherever these men are, but they must be brought to justice," McKenzie told The Gleaner at the time. "We are calling on the citizens to support our efforts, as some of their children are being recruited by the gangsters."

The success the police have enjoyed is partly a result of a five-pronged plan to fight crime, initiated by Assistant Commissioner of Police Warren Clarke, then commander of Area One.

"We have successfully dismantled the Alma gang Ö . Thirteen members of the gang have either been arrested or shot and killed in recent confrontations with the police," Clarke said in the aftermath of the killing of gang leader Haughton.

With Westmoreland now steadily reclaiming its once-enviable reputation of innocence, the new commanding officer for the parish, Deputy Superintendent Errol Ranger, is adamant that things will get better.

"We have a number of strategies in place to ensure criminals are kept in check," he said. "For security reasons, we can't speak about some of the strategies, Ö but what I can tell you is that we are occupying more of the volatile areas; our community safety and security unit is involved in more communities; we are doing a lot of special patrols; and we have measures to keep the gangs from resurfacing. We are now seriously looking at [how to achieve] a further reduction in murders."