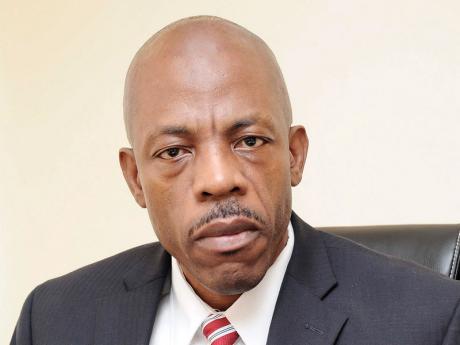 COMMISSIONER OF Police Dr Carl Williams has sounded a warning to managers and supervisors in the force to hold those under their command accountable or be prepared to take responsibility for inaction.

Dr Williams also admonished his senior officers to be honest and transparent in their undertakings in order to gain the trust of the populace.

"We have to be truthful when we speak to people, let them know the true state of things - they will respect it; and when something goes wrong, admit it, don't cover up," said Commissioner Williams, while addressing the annual general meeting of the Police Officers' Association (POA) yesterday, at the Iberostar Rose Hall Beach Hotel in St James.

"Things will always go wrong - we don't have control over everything - but when they do, don't cover up, admit it ... ; it is easier to be forgiven speaking the truth than be caught in a lie," he charged.

According to Dr Williams, the breakdown in transparency in the constabulary is because of the failure of managers to utilise the mechanisms in place to hold members accountable. "Managers will be held accountable, if they fail to hold those under their command accountable." the commissioner insisted. "We must have no more avoidable deaths in custody. I am not saying that people won't die in custody - they die in the hospital where there is a concentration of medical professionals and all sort of equipment to save lives. But what I am saying is that there should be no more avoidable deaths, (and) we know what we have to do to prevent that, right back to the whole issue of accountability and supervision, so we must have no more Mario Deanes. In fact, we must learn from Mario Deane."