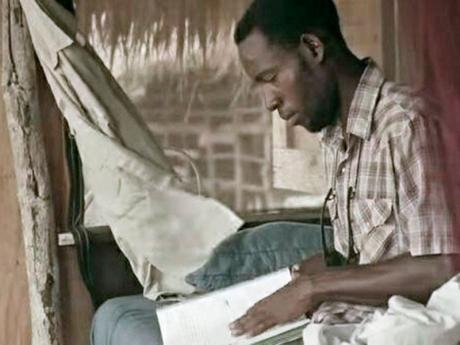 Joel Dean reads his programming book in a section of his small cabin by the river. - Contributed 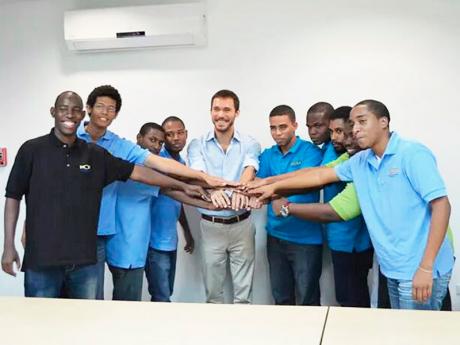 IF TWO years ago this young lad, who lived for computers and application creation, was told he would become extremely sick from being around everyday gadgets, Wi-Fi and cell towers, he probably would have had a hearty laugh and thought, 'oh, that's a good one' . But what he may have thought was a joke, is now his reality.

Twenty-one-year-old Joel Dean, a trained software engineer, had to move from urban living nine months ago to being ensconced in a hut by the river after being diagnosed with electrical sensitivity.

Electrical sensitivity is as an extreme allergic reaction to electromagnetic forces from mobile phones, computers and other wireless appliances. One may experience symptoms of headaches, burning or tingling sensation in the face or body and a rash while in the presence of these gadgets.

Dean first noticed this allergic reaction to technology last year after borrowing a 4G modem from a friend and fell asleep with it on. He woke up with unusual tingling sensations on his skin. He immediately researched the symptoms online.

"At first, the doctors I visited and my close friends thought it was purely psychological and I went on using cell phones, Wi-Fi and my computer, but in December of last year my life changed forever when the symptoms reappeared," Dean told Rural Xpress.

He fell ill and was forced to quit his job, leave his family and friends, and take several trips with his father, Herve, across the island to find an environment conducive for his well-being.

The former user of all social media networks and owner of several pieces of gadgets is now reduced to using fishing, swimming and playing with reptiles as means of entertainment, and writing letters (mostly to his girlfriend) as means of communication.

"Having graduated with a bachelor of science degree in computer science, won the Digital Jam 2.0 mobile app competition for creating a pothole positioning system, worked with Grikly - a business partnership with Microsoft, being sent to Chile as a delegate and developed the Aerion student management system for Northern Caribbean University, it's hard to be reduced to this life, to just simply leave my passion, but I am convinced there are better days ahead," a hopeful Dean told Rural Xpress.

Dean's sister, Danielle, who along with some of his friends collect the handwritten letters with information for social media posts and for keeping people informed, says it is no easy task.

"I felt sad knowing my brother with whom I'm so close had this unexpected turn after doing so well, but I have faith in God, and I'm leaning on His faith that things will get better," Danielle said.

With the ability to still read his programming books and write down ideas for future coding, Dean is still firm in the notion that he will be able to have a normal life if he receives a low radiation computer.

"If I had one of these, I would be a software engineer again. I would first create a 'thank you' app. I would be empowered with the tools needed to be an ambassador for electrical sensitivity and lobby proper guidelines for wireless distribution because about 2.5 per cent of the population has this illness, but I need your help," he added.

With a minimum cost of US$10,000 (J$1.1 million) to build and ship this special computer, Dean had his family and friends launch a campaign where donations can be made and more information on his status be received. Persons may go to electrosensitiveman.com to make contributions or email electrosensitiveman@gmail.com for other details.