Jamaica too dirty for NSWMA! Garbage agency short of money and trucks to keep nation clean 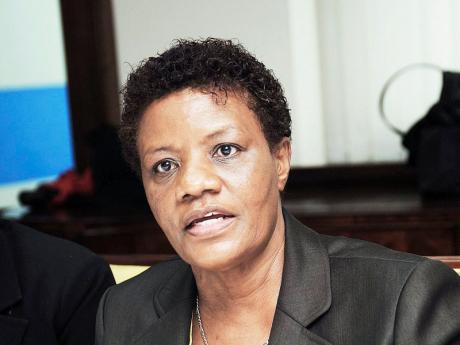 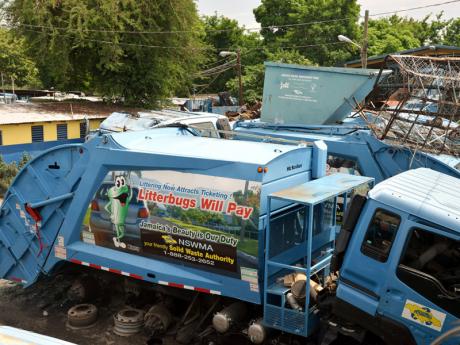 The National Solid Waste Management Authority (NSWMA) is unlikely to improve its poor record of collecting garbage on a regular basis anytime soon as it just does not have the money.

And if the money wasn't a big enough problem, the company does not have enough trucks to collect the approximately 1.6 million tonnes of garbage generated by Jamaicans annually.

According to executive director of the NSWMA Jennifer Edwards, Kingston and St Andrew take $912 million, or just more than half of the $1.8 billion that is allocated to the entity each year.

This leaves the NSWMA with less than $900 million to collect garbage in the other 12 parishes, pay staff at its offices, manage the dumps it operates across the island, and meet other costs based on its mandate to collect and dispose of domestic and commercial garbage islandwide.

Edwards said that the staggering figure for Kingston and St Andrew did not include the cost of collecting yard cuttings and construction material.

"When you add St Catherine to the mix, there is virtually nothing left to collect garbage in the rest of the island," Edwards told The Sunday Gleaner.

In addition, the NSWMA must find millions of dollars to compress the domestic garbage when dumped at the Riverton City Landfill.

Edwards said that dirt must be purchased to compress the garbage and D9 bulldozers are used to spread it over the site to compress it. The NSWMA pays $13,000 per hour for a bulldozer and averages a bill of $151 million for the service.

But even if the NSWMA got more money, it would still be under pressure, operating with less than half the 274 trucks needed daily to collect garbage.

Edwards said that on any given day, only 110 of the 274 trucks needed to prevent a pile-up were available to the NSWMA, and Kingston and St Andrew need most of those trucks.

"Many of those trucks have some mechanical failure or the other. Some are not able to complete a trip without some problem. But the ideal is to collect garbage every other day, and that would be at least twice per week. But as you know, that is not happening for a variety of reasons.

"We use our trucks, plus those we contract. Crime and violence have prevented some trucks from going into certain areas. Work crews are robbed and vehicles damaged. People stone the trucks, so some of the owners of private trucks do not want them to work at nights or go into certain areas. Plus, many of the trucks are not mechanically sound and cannot go into some of the terrain (uphill) to collect the garbage," said Edwards.

The NSWMA further noted that there were some communities such as sections of Portmore, St Catherine, with pathways and narrow lanes, which made access difficult.