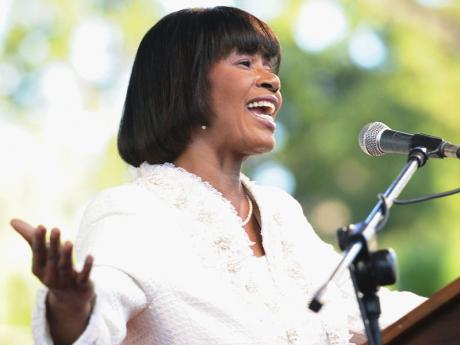 Nearly three years after Prime Minister Portia Simpson Miller promised Jamaica a more accountable and transparent Government, a large number of Jamaicans are of the view that the administration she leads is anything but.

Waxing warm in the aftermath of her massive victory in the 2011 general election, Simpson Miller asserted that Jamaicans "want a more accountable and transparent Government which consults them, and they should expect nothing less".

Having made that observation, Simpson Miller vowed: "Our administration will be marked by greater openness in Government and frankness in our relations with the global community."

One year after Simpson Miller's promise, senior Cabinet Minister Robert Pickersgill brandished a 124-page assessment of the Government's performance and claimed that this was another example of the party's commitment to accountability and transparency.

But this pronouncement is being scoffed at by many Jamaicans who say the Government has been found wanting based on Simpson Miller's protracted silence on critical issues of national import since being elected for a second stint as prime minister.

For many Jamaicans, this deafening silence from the prime minister has been compounded by the failure of some government ministers to be accessible and communicative.

The latest Gleaner-commissioned Bill Johnson poll found that eight in every 10 Jamaicans have not forgotten Simpson Miller's promise and don't believe she is acting on her word.

Only 10 per cent of the respondents said the Simpson Miller administration has lived up to its word, with the other 10 per cent saying they don't know. The poll was carried out from September 6 to 7 and 13 to 14, with a sampling margin of +3%/-3% and a sample size of 1,208.

Noted trade unionist Danny Roberts suggests the perceived lack of transparency has come about because the Government is not holding itself accountable to the people.

"The truth is no government has been able to deliver on the promises made to the people, and so there will forever exist a gap between promises and fulfilment," argued Roberts.

He said in politics, the gap between promise and fulfilment is narrowed or widened based on people's perceptions and driven by how much the politicians hold themselves accountable to constantly explain and communicate with the people.

"I believe the Government is not holding itself to the highest standards of accountability by its failure to capitalise on that natural kinship between politics, communication, and the people," charged Roberts.

For political analyst Richard 'Dickie' Crawford, a lack of accountability has been the Simpson Miller administration's greatest failure.

Crawford cited missed or delayed investment possibilities, coupled with the inability to implement pronouncements and plans from the base of an open joined-up Government, which would have been inclusive, transparent, and driven by a high-level communication system.

For political analyst Dr Hume Johnson, the actions of the administration have led to the current sustained absence of confidence in its leadership of the country.

"The Government has dropped the ball, in large part, and has failed to demonstrate leadership, vision, and foresight in so many crucial areas," charged Johnson.

"The PNP (People's National Party) continues to operate largely on autopilot, responding only in moments as a reactive to outrage through the media or on the streets, rather than activating a planned, proactive, and engaged campaign of transformation involving all sectors," added Johnson.