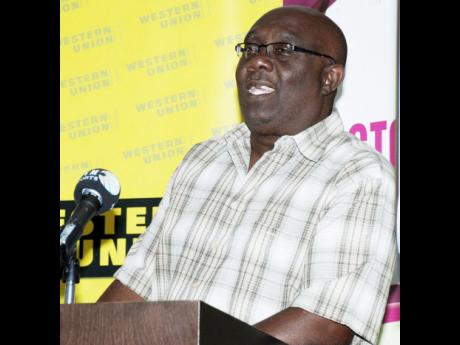 WORLD-RENOWNED athletics coach Glen Mills says never in his ?wildest dreams? did he think he would have been bestowed with the nation?s fifth-highest honour when he began his coaching career.

?My objective was to serve and assist in the development of the sport I dearly love and, by extension, develop young and upcoming athletes so they can make their contribution to the sport and the country,? Mills told The Gleaner yesterday.

Today, the man who coaches global sprint superstar Usain Bolt will be among 191 Jamaicans from nearly all areas of national life who will collect national awards from Governor General Sir Patrick Allen at King?s House.

Mills is among eight persons who will be awarded membership in the Order of Jamaica. The others are legislator and noted attorney K.D. Knight; the Most Reverend Charles Dufour, Archbishop of Kingston; Professor Joseph Frederick; human-rights advocate Florizelle ?Flo? O?Connor; Dr Karl Wellington; Professor Fitzroy Augier; and human-rights attorney Dennis Daly, who is being awarded posthumously.

Mills, who has coached some of the nation?s top sprinters, including triple world record holder Usain Bolt, was elated and honoured by the award.

?I am thankful to the Government and people of Jamaica for such recognition, and I hope I can continue to live up to the expectations,? he underscored.

Knight told The Gleaner he was ?humbled and truly honoured? by the award.

?I see it as a duty to redouble my efforts in law, politics and other areas of national development in order to truly deserve the great honour that will be bestowed on me,? he said yesterday.

Horace Dalley, minister with responsibility for the public service, and Senator Navel Clarke head the list of persons to be awarded the Order of Distinction, Commander Class. Other awardees include justices Kay Beckford and Patrick Brooks; legendary entertainer Marcia Griffiths, and business executives Christopher Zacca and Francis Kennedy.

Some 94 persons are to be awarded the Badge of Honour for meritorious and faithful service.