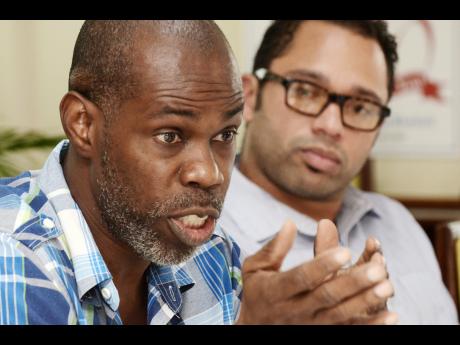 The medical fraternity is urging the Government not to ignore the importance of Jamaica?s public health-care system to economic growth, pointing to the impact of the current chikungunya (chik-V) epidemic on productivity.

Dr Shane Alexis, president of the Medical Association of Jamaica (MAJ), said the allocations to the island?s health-care system are generally regarded as expenditure rather than an investment. He argued that this was a mistake, as a poorly resourced public health-care system could adversely impact the economy of the country.

?Now that we are having more discussions around health, now that the private sector and financial sector have now seen what the impact of absenteeism is, they will start to see it as an investment [and] that [it] now matters what is happening in health,? Alexis said.

Last week, the PSOJ estimated that about 13 million man-hours have been lost as a result of the virus. There have also been numerous reports of widescale absences from schools as students, teachers and administrators fell victim to chik-V.

?You can easily see that a healthier society is a more productive society,? added the MAJ president, who was participating in a Gleaner Editors? Forum at the newspaper?s North Street, Kingston, offices last Wednesday.

According to Alexis: ?If you had a health sector, [where] perhaps the turnaround waiting times were less, we have less people being lost to diabetes, hypertension, our meals were healthier, etc., we could see where we would be more poised for growth.?

Despite the importance of the public health-care system, it continues to be plagued by a chronic shortage of resources to adequately fund the purchase of medical equipment, drugs and to recruit medical personnel to cater to citizens.

The allocation to the Ministry of Health in the 2014-15 Estimates of Expenditure by the Government was J$34 billion.

Notwithstanding the increased demand on the public health-care system, Alexis stressed, ?We are still struggling to cross four per cent of GDP a year in terms of a health budget ... .?

Professor Marvin Reid, executive member of the MAJ, said: ?At this point in time, one of the concerns we have is that the quality of service is so varied and to a large extent is almost like a lottery, depending on where you go and what time you go.?

Reid: ?That should not be the case. Ideally, what we would like to see is a system that the general population accepts, trusts, and is adequately resourced, that is able to deliver the kind of care that we actually should receive.?