Contractor general rips JP for signing off on unchecked documents 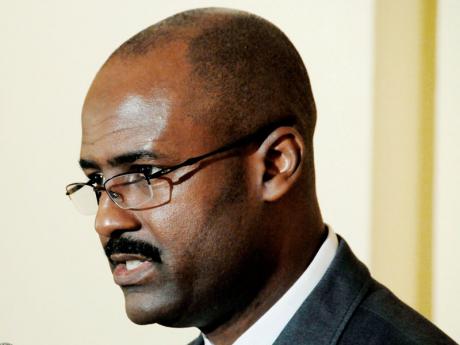 The country's chief anti-corruption watchdog says it must be made mandatory for justices of the peace (JP) to verify original documents when they sign off on photocopies.

The Dirk Harrison-led Office of the Contractor General (OCG) says this verification process would require lay magistrates to affix their official seals to these original documents as well as include the date of when the document was signed and the JP's signature.

The OCG made the call after its latest probe revealed that a JP had signed off on a résumé which was discovered to be fictitious.

The OCG said the résumé belonged to a former employee of Bacchus Engineering Works Limited, which is seeking to be re-registered as a government contractor.

The OCG said its probe found that the former employee had no idea that the company submitted copies of his résumé and his qualifications to a JP for verification as part of the application process.

The OCG, which identified the JP as Clifton Green, said during its probe, Green admitted he certified the photocopies even though he had not seen the originals.

According to the OCG, Green advised that he did so because of the trusting relationship he has with the contractor.

The OCG said it deemed Green's action to be tantamount to gross misconduct, a breach of duty, highly immoral and unethical.

It is for that reason the office has asked the commissioner of police to conduct further investigation regarding the common-law offence of misconduct in a public office.

The OCG stressed that JPs are charged with an important mandate to display the highest standards of professionalism and moral and ethical conduct in their service to Jamaica and as standard bearers in their communities.

"In recognition of the significance of such role and functions to society, it has become increasingly critical that justices of the peace become more vigilant in the exercise of their mandate," the OCG stated in its report on the matter.

"Society relies on you (JPs) to exercise the highest level of vigilance in the performance of your duties. This responsibility requires that you be on guard when persons approach you to authenticate documents or to perform any other functions and categorically reject perceivably corrupt and unscrupulous acts."