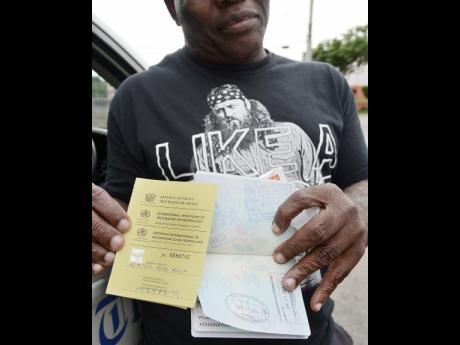 Ian Allen/Photographer Dr Bob Banjo, the Nigerian man who was suspected of showing symptoms of Ebola Hemorrhagic Fever at the Mandeville Regional Hospital last Saturday, displays his passport to show that he returned to Jamaica well outside the 21-day incubation period. Banjo also displays a Ghanaian/Nigerian health certificate confirming that he did not have the Ebola virus when he left the region. 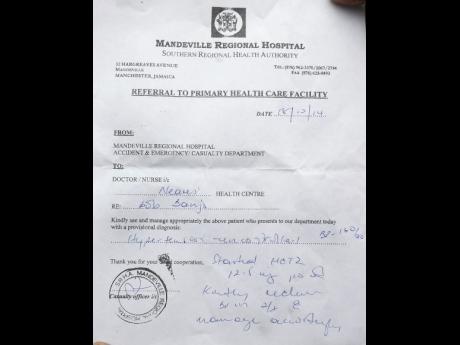 A health centre referral provided to Banjo by the hospital after the true cause of his illness was determined.
1
2

The Nigerian man who set off alarm bells at

the Mandeville Regional Hospital in Manchester last Saturday, after medical personnel there mistakenly thought he was displaying symptoms of the deadly Ebola virus, has warned that Jamaica is in trouble if his ordeal is any indication of the country's preparedness for the disease.

He said the test showed that

his blood pressure was high, prompting the nurse to ask him if he had travelled overseas this year.