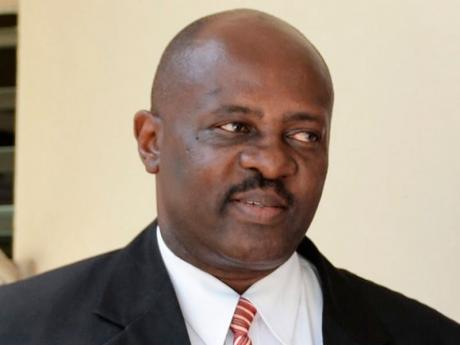 Stewart: We do not support the mistreatment of any patient and we don't support any misconduct or cover-up.

A FULL investigation is now under way into how nurses and other medical personnel at the Mandeville Regional Hospital, in Manchester, treated a Nigerian man they believed was displaying symptoms of infection with the deadly Ebola virus when he turned up there last Saturday.

Dr Bob Banjo, a Nigerian who has resided in Jamaica for the past 28 years, blasted nurses and other employees at the hospital as being ill-prepared for an Ebola outbreak and described how some became hysterical after he revealed that he had travelled to his homeland in July.

Recounting his ordeal to The Gleaner on Tuesday, Banjo said he had dizzy spells and was sweating profusely when he visited the health facility, but claimed some nurses flatly refused to treat him after he admitted visiting his homeland between July 16 and August 27 this year.

"The moment I told the nurse I travelled to Nigeria, she ran out and told the doctor [and] the whole hospital - even patients and the staff. They went haywire," he recalled.

Yesterday, Michael Stewart, chairman of the Southern Regional Health Authority (SRHA), revealed that he had already asked for a full report from the medical officer, the regional technical director and the hospital's matron, setting out what transpired.

Stewart told The Gleaner yesterday that he was hopeful those reports would be on his desk by the end of the week, following which the SRHA would determine if any procedures were breached and

whether sanctions should be applied.

"We do not support the mistreatment of any patient and we don't support any misconduct or cover-up," he underscored.

"We don't support patients not being treated in keeping with the guidelines set out by the Ministry of Health," Stewart continued.

The SRHA chairman was careful not to assign blame to anyone, but said the proper procedure was for Banjo to be moved to an isolation area, "based on the symptoms he was displaying, and treated by medical personnel".

"This should have been done without causing any injuries to his personality," Stewart outlined.

In addition, he said starting last week, SRHA began training medical personnel in hospitals across the region on how to handle suspected Ebola cases.

However, he conceded that the absence of the required protection gears, and Banjo's admission that he had travelled to Nigeria, "would have caused some stir" among medical personnel at the hospital.

"People would be nervous and be at a loss as to what should be done in the circumstances," he argued.