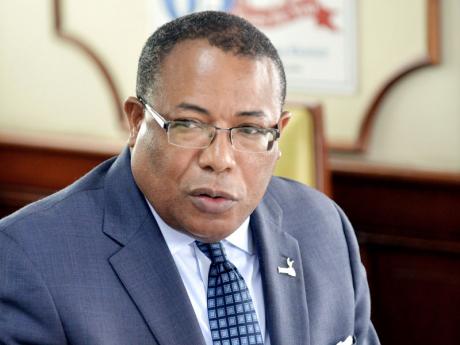 JAMAICA'S COMPETITIVENESS on the global market is still being undermined by the failure to adhere to proper manufacturing and other standards, according to Minister of Industry, Investment and Commerce Anthony Hylton.

"From all the data that I have seen, one of the areas that I think we have ignored is the whole role of standards in business practices," Minister Hylton admitted during a Gleaner Editors' Forum last week. "I think we have underestimated that," he added, pointing that his short-sightedness has hindered the country's effort to be competitive at the regional and international levels.

He explained: "Competitiveness is a key part of what you have to aim for if you are building an entrepreneurship in what is increasingly a globalised and integrated economy; then you have to be competitive in whatever you do."

Hylton's comments came a week after Jamaica's export sector received a significant boost in its capacity for testing and quality control with the donation of state-of-the-art equipment for the Bureau of Standards Jamaica's (BSJ) chemistry and metrology laboratories. The two BSJ facilities are among the six export-related laboratories which were equipped in keeping with the country's Economic Partnership Agreement with the European Union.

Technical staff from a number of agencies also benefitted from training, which according to Colin Bullock, director general of the Planning Institute of Jamaica, has significantly enhanced the competitiveness of local exports, with the BSJ's chemistry laboratory now accredited to test and give a stamp of approval for food products for export, a process which up to then was done out of the country.