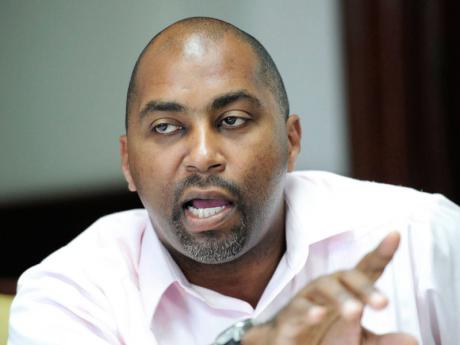 Julian Robinson, state minister for science, technology, energy and mining, who racked up comparatively low mobile phone bills totalling roughly $76,000 over an 11-month period, has sought to put the seemingly high bills incurred by his colleagues into perspective.

Television Jamaica (TVJ) reported on Monday that data obtained through the Access to Information Act have revealed that Arnaldo Brown, state minister in the Ministry of Foreign Affairs and Foreign Trade, received mobile phone bills totalling just under $1.1 million between July 2013 and June this year. For the monthly billing cycle ending June 20 alone, Brown's bill was $410,000.

Brown incurred the highest cost among ministers and state ministers in 11 ministries, who were responsible for $5 million in mobile phone bills over the period.

Yesterday, political analyst Dr Hume Johnson argued that a phone bill for $1.1 million indicates a gross abuse of public funds and could be seen as disrespectful of hard-working Jamaicans forced to sacrifice in a tightened economy.

"If the population is expected to endure austerity measures, then, surely, their political representatives can do the same," she said.

Robinson, the member of parliament for South East St Andrew, who serves as one of three deputy general secretaries in the People's National Party), however, pointed to roaming costs for ministers who are forced to travel frequently as the cause for the high bills.

He suggested that the roaming costs for simply receiving calls and data services in countries such as the United States are expensive.

"So it does not necessarily mean that ministers are making personal calls as receiving services also incur a cost," said Robinson.

"Many of the costs are high, and we will need to do something about that," conceded Robinson, "but they actually reflect roaming charges … voice and data services in the use of Government's functions. So even if you are receiving calls, it incurs a cost."

"It is understandable that ministers may have to engage in business that requires international calls and data usage, and these can be incredibly expensive," she said.

"However, it is incumbent on all public officials, particularly in depressed economies, to find ways to reduce expenses that are covered by taxpayers' money."

She added: "There are a lot of ways that an individual can reduce the expense of international data services. In this regard, there is little justification for this expenditure on a phone bill for a single government minister."

Asked why his phone bill was low compared to his colleagues', Robinson said he disconnects his roaming system as he is acutely aware that incoming calls and data that he does not solicit will run up his phone bills.

"Whenever I travel, I turn off my phone as I know that when my constituents call, it attracts a high cost of an average of US$1 per (J$112) per minute," he said.

"What is even worse is if you use your phone to access data service, … the costs - such as the receipts of bulky emails - are horrendous."

Robinson told The Gleaner that when overseas, he utilises Wi-Fi, Viber, and Skype to keep in touch with his constituents.

He is the only minister to buck the $1 million mark.

Phillip Paulwell, the energy minister, came next, with more than $930,000.