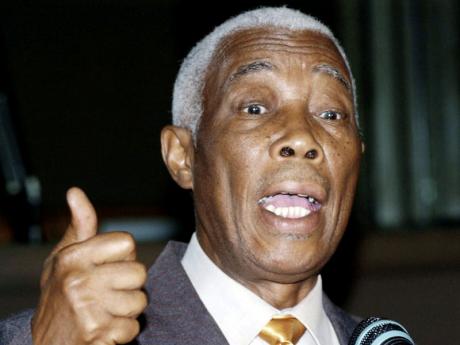 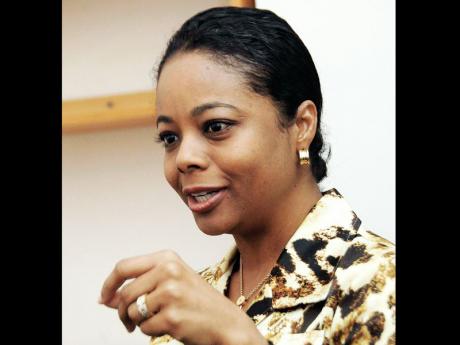 TWO WEEKS after labelling a fellow senator an idiot, senior Cabinet Minister A.J. Nicholson has drawn the ire of at least one women's watch group for his flippant 'flexi-rape' comment in the Senate yesterday.

"It is not a joke and with a comment like this coming from the leaders of our country, no wonder men generally treat women with such disrespect," Dorothy Whyte, executive director of Women's Resource Outreach Centre, told The Gleaner yesterday.

Nicholson, in his defence, said he was merely making a joke, and only withdrew the comment after a few invitations to do so from Senate President Floyd Morris.

"It is irresponsible. For somebody of that stature, somebody of that position, in this day and age, that is not a joke. It is totally uncalled for. It is very patriarchal, condescending, and rude," Whyte said.

"Gone are the days when men must make these denigrating jokes about women. They need to think before they open their mouths to make comments that are sexist and think that it should be appreciated," she added.

Marlene Malahoo Forte, an opposition senator, while making her contribution, said, "It is now making it lawful for women to work at nights and I understand that we have equality of opportunity for men and women, and I can understand that, but you know, we also have high incidence of rape at nights. We also have abduction of women and children." She also pointed to some of the dangers with the flexiwork regime.

The flexitime bill is repealing, among others, the Employment of Women Act, as well as other laws which restricted work for women at nights.

Nicholson, who appeared to have been frustrated with some comments being made by opposition senators in the debate, muttered, "Rape? What, flexi-rape?"

His response immediately drew protest from the opposition benches.

"No, don't do that," said Robert Montague.

He suggested that Morris urge Nicholson to withdraw, but the intervention of the president was not along those lines.

"I can't believe we are the ones who want this Senate to be the best Senate since Independence," Morris said.

"I am just asking us to be respectful of each other. Let the member continue her presentation. The Standing Order gives everybody an opportunity to speak," he added.

All that time, obviously taken aback by Nicholson's utterance, Malahoo Forte stood with her mouth wide opened. Not a word. Then time passed.

But the parliamentary opposition would not let the comment slip. No sooner had the debate on the bill ended, Kamina Johnson Smith rose to her feet to condemn the comment which she said was "unworthy".

She, too, sought the intervention of Morris, who requested that Nicholson withdraws the comment.

"A while ago, while the speaker was in full flight, in respect of flexi-rape, I would ask him to withdraw it," Johnson Smith said.

Tom Tavares Finson, the leader of opposition business, said the situation could contribute to the Senate descending "into a difficult situation from which we cannot extricate ourselves".

In seeking to loosen the noose, Nicholson, although still protesting, said "All I was doing was running a little joke."

"I didn't mean any offence. I meant no offence," Nicholson said after he was first invited to withdraw.

Morris, however, responded saying, "That might very well be and they have taken offence to it."

"Just withdraw it," the president urged.

Nicholson then enquired of the president what he should do, and was again told to withdraw the comment.

"What me must do with the sotto voce comment?" he asked the president.

"I am in shock," Nicholson continued.

The issue was eventually put to bed when Nicholson, after being again invited to withdraw the comment, stood, and with his left hand flashing in the direction of the president, said: "Withdrawn, withdrawn."