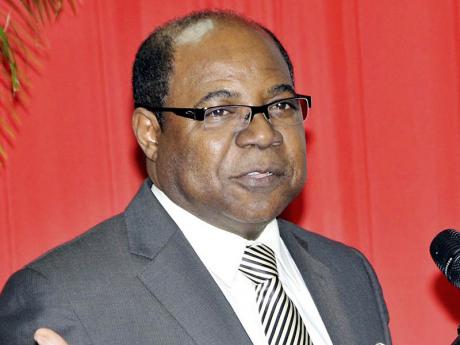 HARMONY Cove, the much vaunted high-end tourism development, is unlikely to get off the ground this fiscal year, Onika Miller, permanent secretary in the Office of the Prime Minister, admitted to a parliamentary committee yesterday.

Miller's pronouncement came as Ed Bartlett, the chair of the Public Administration and Appropriations Committee (PAAC), before which she appeared, expressed disgust at the slow pace of activities and suggested that the project appeared set to enter its teenage years while in gestation.

"We are concerned that each time, particularly the PIOJ (Planning Institute of Jamaica), puts before us a whole slew of mega projects that are going to drive the growth agenda, Harmony Cove comes up as the number one under the tourism sector," Bartlett said. "We need to know if this is deliverable or is it part of a pipe dream? If you can't answer, let us stop putting it as one of the mega projects."

Harmony Cove is a 2,300-acre property on the north coast. It involves the development of the area into a resort to include several world-class golf courses, a luxury spa, marina facilities, commercial developments, luxury hotels, private residences, a hotel, casino, convention and entertainment centres and restaurants.

In 2004, speaking during an investor conference for the launch of the project, then Prime Minister P.J. Patterson said Harmony Cove would be a flagship project aimed at meeting the needs of the sophisticated traveller.

The estimated phase-one development budget is US$710

million for the design and construction and financing. It was anticipated that work during this phase would have got under way during the fourth quarter of the fiscal year.

"We have not expected that we would have been in
discussions as long as we have for the credit insurance, so it is
likely that we will have to revise those timelines," Miller said, while
adding "the fourth quarter is most unlikely".

A decade ago, Patterson said it was important
that the project be rolled out in a timely
manner.

"Time is the most valuable and the most
perishable of our possessions. I am particularly conscious of the need
to move forward with a sense of urgency, as we utilise our assets in
those areas that offer the best opportunity for creating sustainable
economic growth and improving the quality of life of our people. I am
firmly of the view that Harmony Cove affords us such an opportunity,"
Patterson said.

Miller yesterday told the PAAC that
approximately US$500 million is being sought from the China Development
Bank (CDB) to help finance the project. She said the process at this
point is being stalled by negotiations over a credit insurance facility
for the loan, which is to be made to Harmony Cove Limited, a company
jointly owned by Tavistock and Harmonisation
Limited.

The Development Bank of Jamaica and the
National Housing Trust are the partners in Harmonisation Limited,
contributing a total of US$25 million. Tavistock has contributed US$50
million.

The Government owns 49 per cent equity while
Tavistock has 51 per cent
shares.