Spread of infectious diseases being propelled by globalisation 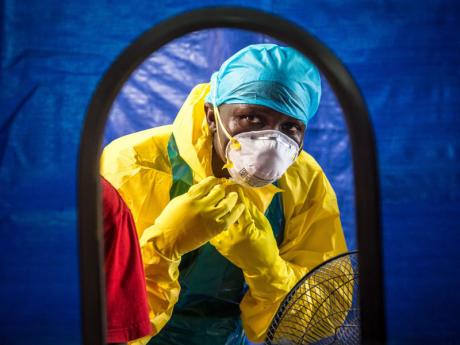 An infectious disease originating in the wildlife in the deep jungles on the continent of Africa can find its way clear across the globe to the North American continent in a matter of hours, thanks to the convenient, easy, continuous flow of fast-paced transportation. That's the pitfall of globalisation.

Globalisation, in essence, is the process of interaction and integration of people and cultures across the world. With modernisation and technological advancement, which has led to a shrinking world, the ease of travel and communication has readily caused accessible import and export of everything, including infectious and sometimes deadly diseases.

Over the ages, global health epidemics across the world, such as HIV/AIDS, have been testament to how true this reality is.

With the recent outbreak of the deadly Ebola virus, the world is facing those globalisation realities yet again.

This is not the first time Africa has experienced an Ebola outbreak, which dates back to 1976. However, the 2014 outbreak is the first that has been deemed the worst global health emergency in modern times, which poses a threat to world health and security.

Because of the ease of cross-border travel, this outbreak has spread from a single case that the World Health Organization (WHO) said began in the West African country of Guinea in December 2013 to now eight countries around the world - Guinea, Liberia, Mali, Sierra Leone, Spain, United States, Nigeria and Senegal.

The latest data indicate that the Ebola virus has infected more than 14,098 persons and killed more than 5,160 in these countries. Health teams are working hard to stop it at its source in West Africa.

The chikungunya virus, another infectious disease originating in Africa, has now become an epidemic in several countries, including Jamaica. According to the latest official data from the Pan American Health Organization, since first detected in December last year, chik-V is now affecting 50 countries in the Caribbean and Americas alone, with an overall 780,206 suspected cases, 13,357 confirmed cases and 1,885 deaths.

Dr James Hospedales, executive director of the Caribbean Public Health Agency, stated that the number of chik-V cases on the ground greatly exceeded what was being reported, and those numbers are expected to spike. Like dengue, he noted, chik-V will now become endemic to the Caribbean.

The reality is that, increasing globalisation affects changes in disease distribution, transmission rate and, in some cases, management of these diseases. Studies have also shown that globalisation has led to the evolution in diseases, as the introduction to different geographic environments has caused new strains of the disease to develop.

"Globalisation appears to be causing profound, sometimes unpredictable, changes in the ecological, biological and social conditions that shape the burden of infectious diseases in certain populations. There is accumulating evidence that changes in these conditions had led to alterations in the prevalence, spread and geographical range, and control of many infections, particularly those transmitted by vectors," WHO stated in its report Globalization and Infectious Diseases: A Review of the Linkages.

"There are particular concerns that globalisation is impacting on the epidemiology of infectious disease, and on the capacity to effectively prevent, control and treat these diseases ... what needs to be understood more fully is that resources committed to infectious diseases prevention, treatment and control in a globalising world is a worthwhile investment."

Because of the devastating health, security and economic impact of infectious diseases because of increasing globalisation, countries now have to create their own form of global governance to protect their citizens. This means strengthening internal systems to prevent, control and treat residents. Part of that system includes strict border control and patrol, sometimes forcing the drastic action of the closing of borders to countries deemed a threat. One such example is the current travel ban imposed by several countries on the three worst affected countries - Guinea, Liberia and Sierra Leone - in this recent Ebola outbreak.

However, both legal and illegal cross-border flows have grown exponentially over the years, making regulations and control difficult. In fact, evidence has shown that anything can slip across country borders with relative ease.

On the flip side, however, increasing globalisation has led to global responses to disease outbreaks in various parts of the world. In the past, with the Ebola outbreak in Africa, for instance, the death toll was up to 90 per cent because of limited knowledge, resources and assistance. With a global response to the 2014 outbreak, the death toll so far has been less than 50 per cent.

Globalisation does have both positive and negative consequences, including on the burden of infectious diseases. Although it allows for global spread of diseases, it also allows experts and scientists from around the world to identify, study and create cures and vaccines/treatments for a number of diseases, which could, in the long run, lead to complete eradication.