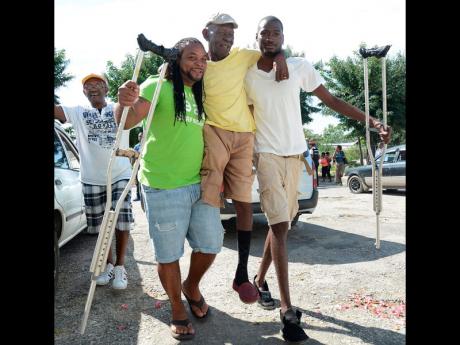 This supporter was not about to let his disability prevent him from casting his vote in the Central Westmoreland by-election, held yesterday. Here, two supporters became human crutches for him as he made his way to the polling station. 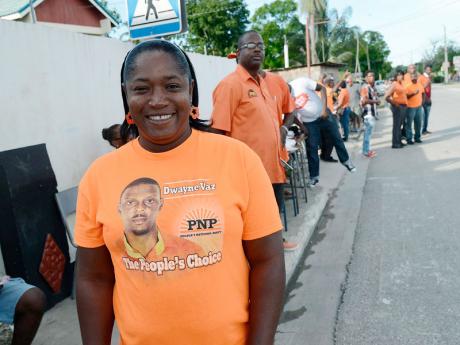 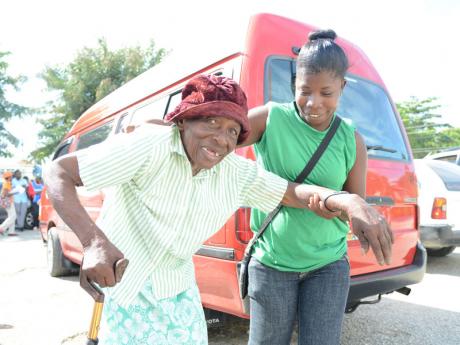 Icylin Miller is supported from the polling station in Savanna-la-Mar by a Jamaica Labour Party worker shortly after she voted. 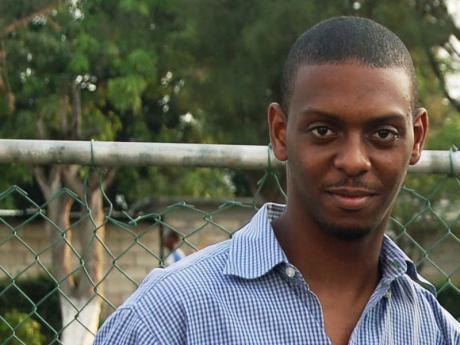 Vaz polled 8,720 votes to the Jamaica Labour Party's (JLP) Reid Jacobs, who got 6,268 votes. His margin, however, was below the 3,042 gap Roger Clarke created between himself and Marlene Malahoo Forte in 2011.

"For a by-election, I think he did extremely well. As a matter of fact, I did not dream that the margin would be what it is tonight," Simpson Miller, who is also the prime minister, told The Gleaner at Independence Park in Savanna-la-Mar.

Some 15,046 voters, or 38 per cent of the 39,367 people registered for the poll, cast ballots. Independent candidate Ras Astor Black secured 58 of those votes.

With the PNP trailing the JLP in the latest Gleaner-commissioned Bill Johnson polls, the party put significant effort in ensuring it did not lose one of its strongest seats in the island. The PNP has held Central Westmoreland since 1989, with Clarke serving since 2007, before his death in August this year left a vacancy.

Poll did not reflect reality

Asked yesterday what the victory meant in light of the polls showing her party trailing Andrew Holness' JLP, Simpson Miller said that the Johnson surveys conducted before the last general election did not reflect the reality on the ground.

"It did not affect the People's National Party under my watch then and it is not going to affect the PNP at this time under my leadership," Simpson Miller said.

The prime minister and members of the executive spent the day in the constituency securing votes for Vaz.

Vaz told The Gleaner that he will be working with the people to improve the constituency.

"Roger was a great man, I will never try to fill his shoes. I will be setting out a standard for myself. Roger was someone I loved and respected; his name will always live on. I will be continuing the work he started and will be adding my piece to it," Vaz said.

The 33-year-old businessman, who may be sworn in as a parliamentarian as early as next week, said with the victory, the people have sent a loud message to the JLP.

"The people have said that the People's National Party is the best party to represent any constituency in Jamaica," Vaz said.

Glendon Harris, the mayor of Montego Bay, part of the western belt, said the people, by their show of support, have endorsed the Government's economic programme.

"People recognise that the People's National Party is doing the best thing for Jamaica at this time," Harris said.

While Reid Jacobs was not located by The Gleaner after the announcement, she told The Gleaner at the close of polls that only chicanery could result in a loss.

"Unless there is something highly irregular, I have done it," she told The Gleaner.