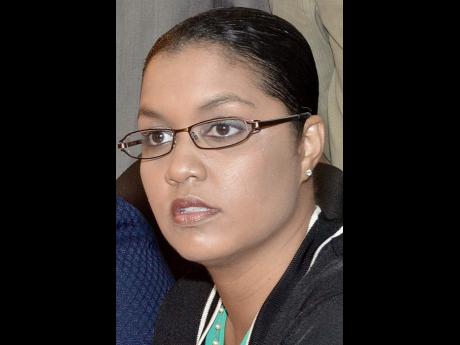 ONIKA MILLER, permanent secretary in the Office of the Prime Minister, is to be summoned back to Parliament to explain the extent to which she has been doing her job as the chief accounting officer.

Raymond Pryce, a member of the governing People's National Party (PNP), sought and received support from the Public Administration and Appropriations Committee (PAAC) for Miller to be recalled to the committee and made to answer questions relating to her responsibilities, especially against the background of the ongoing Outameni controversy.

In addition to calling for a review of the Public Bodies Management and Accountability Act (PBMA), Pryce said there was need for a regime which would require public bodies to lodge reports with the committee clerk.

He also said that in light of what happened with the National Housing Trust's (NHT) purchase of the Outameni property, which both prime minister Portia Simpson Miller and Miller said they learnt of in the media, there was need for permanent secretaries to be educated about their responsibilities.

"It has been coming up more since October 30 - and we all know what is that timeline - as to some of the phrases we grew up hearing but not necessarily understanding their roles, and it could appear that some who occupy the roles don't understand every aspect of their role," Pryce said.

He said doing so would give her an opportunity to "provide additional responses so that no unfounded opinion is held as to whether ... that accounting officer acted appropriately as required by the PBMA Act or rather, as some of what was said could have caused innuendo".

presented to her, under the PBMA Act.

Under that law, the permanent secretaries in the ministries are responsible to prepare periodic reports on the operations of public bodies which fall under their watch, and have those reports submitted to the portfolio minister, who in turn submits those reports to Parliament.

Two weeks earlier, Miller told the PAAC that she first heard about the NHT's purchase of the Outameni lands when it was published in The Gleaner on October 29. She said the expectation "from me as accounting officer, is that the [OPM] representative [on the board] would bring it to my attention, and or, to the portfolio minister, matters of significance or variance; matters that would raise concerns or those matters for which I would have an expectation, would be brought to my attention".

However, on Tuesday, Simpson Miller, responding to queries from Audley Shaw, the opposition spokesman on finance, said she had been advised that the NHT has not provided any periodical report, making such overdue to the permanent secretary.

"The chief accounting officer, in light of some of the points made in your presentation in the House of Representatives yesterday (Tuesday), should be asked to come back and review some of the responses provided because there could be now harboured, in the minds of the public, that there is some amount of a discord between the points you presented and what she presented then," Pryce said to Shaw.

"Are the chief accounting officers in every ministry ensuring that the public bodies are discharging their duties in accordance with the law?" Shaw questioned.

He said the absence of annual reports, corporate plans, half-yearly reports, and quarterly reports from the NHT was a cause for great concern.

"This now becomes an operational issue. It becomes a corporate-governance issue and the question is now whether our chief accounting officers in central government are discharging their responsibilities faithfully in accordance with the law," Shaw said.

Under the law, failure to ensure prescribed corporate governance standards as well as not delivering a corporate plan, not later than three months before the end of the financial year of the public body, carries a penalty of up to $1 million upon conviction in court. The responsibility of producing corporate plans rests with the board of directors.