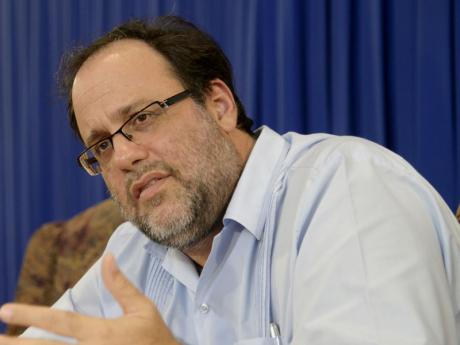 THE high downpayment required in order to purchase a home is to be drastically slashed, following the passage of an amendment to the 1960 Mortgage Insurance Act in Parliament.

When signed into law by the governor general, the bill - which was passed in the House of Representatives on November 11 and in the Senate yesterday - will lead to upfront costs being reduced from up to 17 per cent to five per cent.

Edwin Wint, president of the Realtors Association of Jamaica, said yesterday that the amendment was a positive development, especially for young people who may not have the capital base to put towards homeownership.

"It will have a positive impact for the ease of accessing financing for homeownership," Wint said.

Piloting the bill through the Senate yesterday, Justice Minister Mark Golding said it was likely to have a significant effect on the housing sector and people's ability to own a home.

The Mortgage Insurance Fund provides $2 billion worth of coverage through the Mortgage Insurance Bank, and Golding said the bank feels an increase in the percentage of the appraised value of a property on which mortgage indemnity insurance can be granted could lead to more persons owning homes.

It is expected that the number of policies insured by the Mortgage Bank will increase by between 15 and 20 per cent. At present, the Mortgage Insurance Fund insures 20 to 25 per cent of mortgage amounts offered by financial institutions.

Golding said that the fund was underutilised, and as at the end of October, there were 4,625 outstanding policies written by the Mortgage Insurance Fund, covering mortgages valuing more than $3 billion. He said the provision of mortgage-risk insurance is $642.97 million, which is one-third of the $2 billion available.

"It is the view of the Jamaica Mortgage Bank that the proposed increase in the appraised value that can be insured will increase the usage of its product," Golding said.

"This will, therefore, make mortgages more accessible to the average Jamaican who is trying to acquire a home, as the availability of mortgage insurance of this level from the Jamaica Mortgage Bank will reduce the proportion of the purchase price that the purchaser will have to fund from their own resources," Golding said.

He told the Senate that the large deposit that is now required, in addition to closing costs, was a major hurdle to homeownership.

At present, the purchaser has to find between 10 and 15 per cent of the purchase price of the house, plus a two per cent closing cost.

"Young professionals who have not been able to save enough as a reserve pool of funds now, just based on their income earnings … would now be able to qualify much easier for homeownership solutions," Wint told The Gleaner.

"Younger professionals who have graduated and have been working for a few years but they have been unable to put aside enough to accumulate to the required amount of capital for deposit and closing cost, this will put them in a better position," he added.

Golding said that the sums spent for rent could often comfortably service a mortgage for a similar or improved housing unit. He said it is not debt-servicing capacity of individuals that is keeping them from home ownership but, rather, "the challenge of the high upfront payment that is required is reducing many Jamaicans' ability to access mortgage financing".