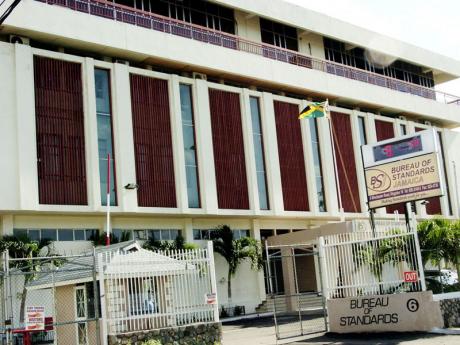 With critical laboratories out of service, and some key employees disgruntled or having resigned, the Bureau of Standards Jamaica (BSJ) - the state agency mandated to check and approve the standard of products entering Jamaica, is handicapped. This has put the lives of Jamaicans at risk as substandard products are entering the marketplace unchecked.

These include products such as safety matches, paint, shoes and clothing, plastic furniture, car batteries, tyres and safety equipment used in the construction industry.

New gas stoves entering Jamaica have also not been tested since April when the person trained to conduct the tests resigned.

According to Gleaner sources, a new person was recently employed to conduct the tests but was still being trained. However, while that training is taking place, a new glass-top stove recently introduced into Jamaica exploded at a residential premises.

No one was hurt in that incident, but Gleaner sources point out that this is an indication of the clear and present danger facing Jamaicans because of the breakdown at the BSJ.

"Recently, some new fans entered the market and were being sold to customers before they were tested at the bureau and later when one was tested it caught fire and burnt to the core because it did not have the switch that should regulate the heat," declared a source.

"That could have burnt down a house, and to date there has been no public announcement from the bureau recalling those fans although I hear that they have been taken off the shelves," added the source, who was once employed in a senior capacity at the BSJ.

With documents to support the claims, the source charged that in the Corporate Area, the BSJ's Regulatory Division has 23 inspectors covering six parishes, Kingston and St Andrew, St Catherine, Portland, St Thomas, and Clarendon. The division also has 12 inspectors deployed to cover the rest of the island from four regional offices.

"That is 35 inspectors for Jamaica, and the country really should have about double that amount. So what you have is one inspector with some 60 factories to check, and that is impossible. Worse, most of them are not paid travelling (allowance) so they have to wait on the BSJ bus to take them to these sites."

The sources noted that this failure to check factories could lead to an outbreak of a serious food-borne disease.

"The BSJ once saw a new bag juice in the market, and when the checks were made, no inspector had visited that premises. When the inspectors finally went, the bag juice was being made in a bathroom and the water was being taken from a river. No one knows how many persons developed diarrhoea from this," declared the source.

The BSJ, an executive agency, is financed by the Standard Compliance Fee (SCF) which is 0.3 per cent charge on most imports and amounts to approximately $500 million each year. But with the majority of this money used to pay salaries and other administrative costs, there is not much left for testing.

"When I was at the bureau, persons came from Trinidad and used our labs for their benchmark, but because we have not upgraded and moved with the times, the Trinidadian labs are now well above us," declared one source.

"The bureau is also allowed to make money by doing tests for private entities but because of the shortage of staff these tests take a very long time. Even if an inspector sees a product in the marketplace and sends it for tests, it takes a long time to get the results, so scores of Jamaicans could be eating this or using it without the BSJ knowing if it is safe.

"There have been several instances where products have left the ports without being inspected, and when they get to the warehouses, there are only eight compliance inspectors to monitor more than 400 warehouses and 17 ports of entry in the six parishes."

The bureau responded last evening to say that all key labs were operational. On the issue of items entering the marketplace without the proper checks, it said it was not the only regulatory organisation operating at the country's ports of entry and within the domestic market.

The bureau admits to having "some staffing issues which we are working to address", even as it said it has the ability to test items including safety matches, car batteries, stoves and other consumer products.